Patrick Mahomes has lifted the lid on the play which turned Super Bowl LIV on its head.

The Kansas City Chiefs were down 20-10. Mahomes had been contained by the San Francisco 49ers' front four, rendered impotent by relentless pressure.

But you can only keep a good man down for so long. 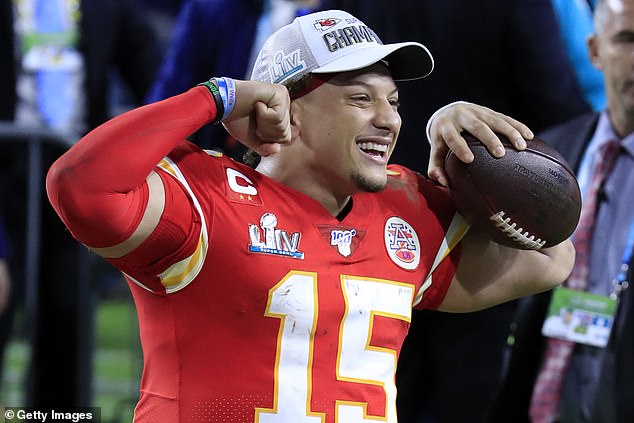 Third and 15. Midway through the fourth. On his own 35. Mahomes steps back, dodges the pass rush, steps up and finds receiver Tyreek Hill with a deep, arcing throw.

The 44-yard gain - the largest of the game - put the Chiefs on the 49ers' 22-yard line and sparked their offense into life. Now in full, hurry-up mode, the Chiefs reduced the arrears to three points four plays later.

It took them three-and-a-half minutes to retake the lead on their way to erasing another double-digit deficit in the postseason on the way to a 31-20 victory.

But how did Mahomes befuddle a defense which had looked water tight? The 24-year-old told NBC Sports' Peter King that it all hinged on 49ers' cornerback Emmanuel Moseley.

Opting for the play 'Gun trey right, 3 Jets Chip Wasp Y Funnel' - which the Chiefs used in the AFC Championship loss to the Patriots in 2019 - Hill, Sammy Watkins and Travis Kelce were lined up on the left.

'We had talked about that play kinda throughout the game,' Mahomes told King. 'We thought it was good versus the defense that they were playing. I just kinda asked. I asked [offensive coordinator Eric Bieniemy], 'do you think we have enough time in the pocket to run this long-developing play?' He asked me if I wanted it on first down, or with down and distance. I just told him,'I don't care about the D&D, I wanna run this play'.' 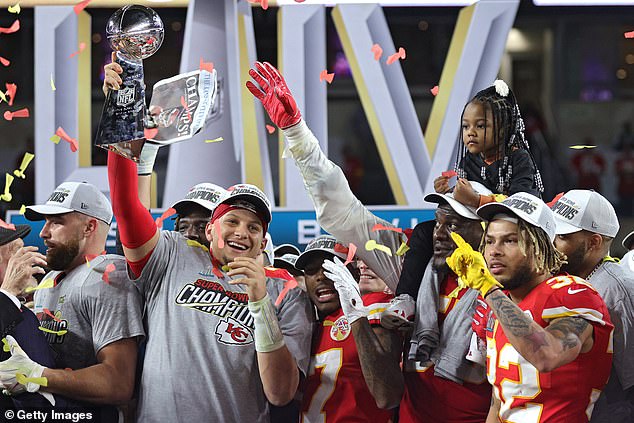