'We will adapt to whatever there is': Quique Setien remains defiant as Barcelona continue hunt for new striker following the injuries of Luis Suarez and Ousmane Dembele Injury-hit Barcelona are on the hunt for a new striker for the rest of the season Luis Suarez and Ousmane Dembele have picked up long term injury problems Barcelona boss Quique Setien says his team will adapt whatever the situation The club are in talks with Spanish football authorities over signing a new player

Barcelona boss Quique Setien has commented on the ongoing speculation surrounding his side's attempts to bring in a new striker as cover for an injury-hit forward line.

The Catalan giants have been plagued by an injury crisis with star forwards Luis Suarez and Ousmane Dembele ruled out for the rest of the season.

The club are in negotiations with the Spanish football authorities as to whether they will be allowed to sign a contracted player this month, as Barcelona scramble for cover up front. 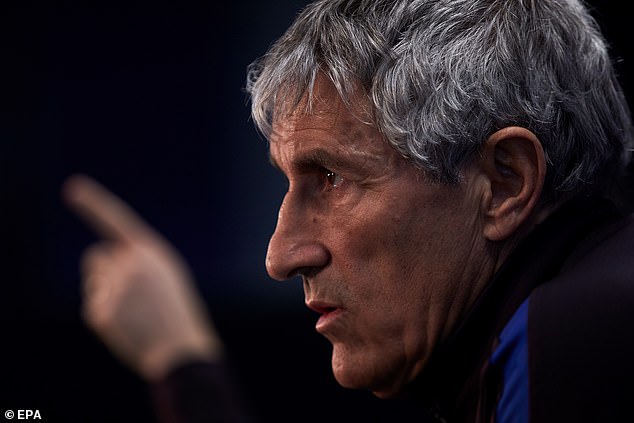