'He captured the public's imagination like no other animal I have been associated with': Trainer Mark Johnston pays tribute after Double Trigger dies aged 28 Popular former Gold Cup winner Double Trigger has died at the age of 28 The son of Ela-Mana-Mou won 14 of his 29 races including three Goodwood Cups Mark Johnston described him as a horse who 'captured the public's imagination'

Popular stayer Double Trigger has died at the age of 28.

Trained by Mark Johnston, the son of Ela-Mana-Mou won 14 of his 29 races including the Gold Cup at Royal Ascot in 1995.

He also won three Goodwood Cups and three Doncaster Cups, as well as landing both the Henry II and Sagaro Stakes twice. 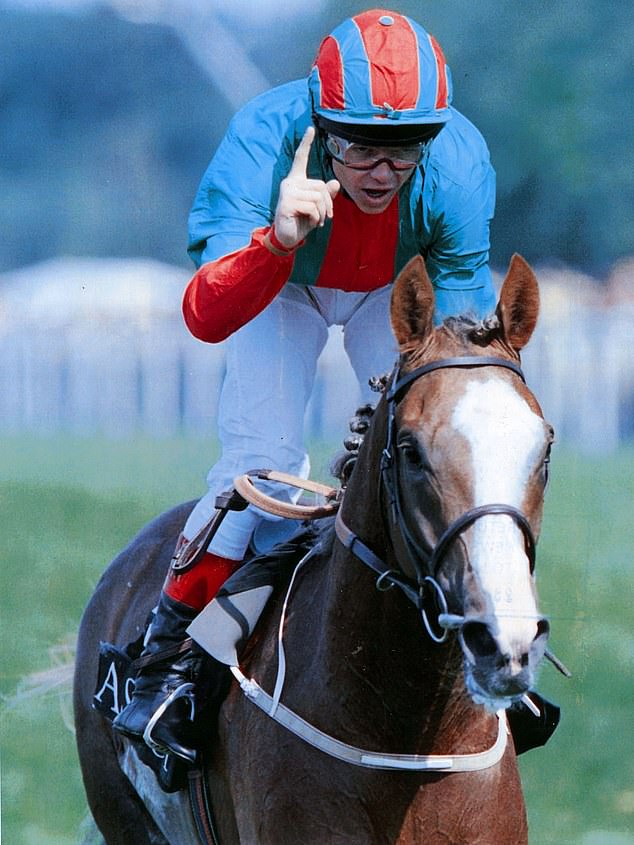 The Middleham trainer told his official website: 'Double Trigger died yesterday in his paddock at John and Sarah Haydon's Clarendon Farm in Wiltshire. He was 28 years and 11 months old. A great age for a thoroughbred horse.