‘It has won the cup for them’: Tom Heaton praises fellow goalkeeper Claudio Bravo for his late stop to deny Bjorn Engels a last gasp equaliser in Carabao Cup final as he salutes Chilean for delivering when it matters  Manchester City beat Aston Villa 2-1 on Sunday to lift the Carabao Cup  Aston Villa's injured goalkeeper has praised Man City's keeper Claudio Bravo Bravo made a late save from Bjorn Engels' header to keep Manchester City's lead

Tom Heaton has praised his fellow goalkeeper Claudio Bravo for making an excellent save in the dying moments of the Carabao Cup final on Sunday.

Manchester City came out as 2-1 winners over Aston Villa, in part thanks to the 36-year-old's stunning stop after Bjorn Engels' close range header, tipping it onto the post and away.

Heaton, who has been ruled out for the rest of the season after he picked up an injury in January, was speaking on Sky Sports after the game, saying Bravo had 'won the cup' for City. 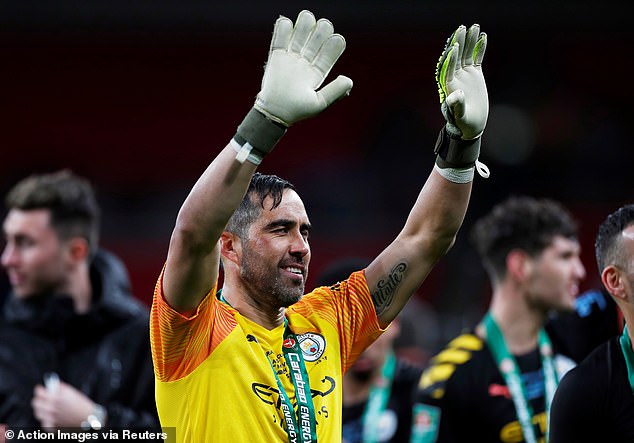 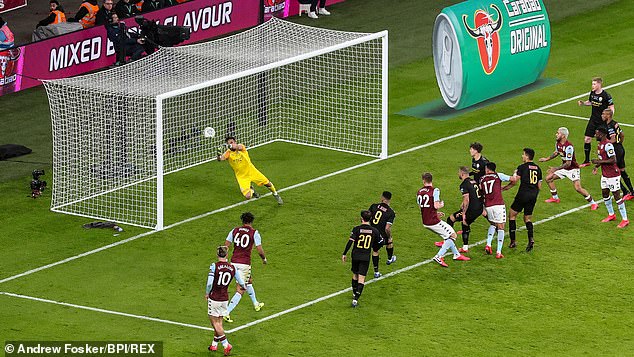