David Luiz has lauded Pablo Mari for having an 'amazing game' during the 2-0 victory against Portsmouth on his Arsenal debut.

The Gunners booked their place in the FA Cup quarter finals thanks to goals in either half from Sokratis Papastathopoulos and Eddie Nketiah at Fratton Park on Monday night.

And Mari looked extremely composed at the back as Arsenal weathered an early Portsmouth storm to keep a very welcome clean sheet. 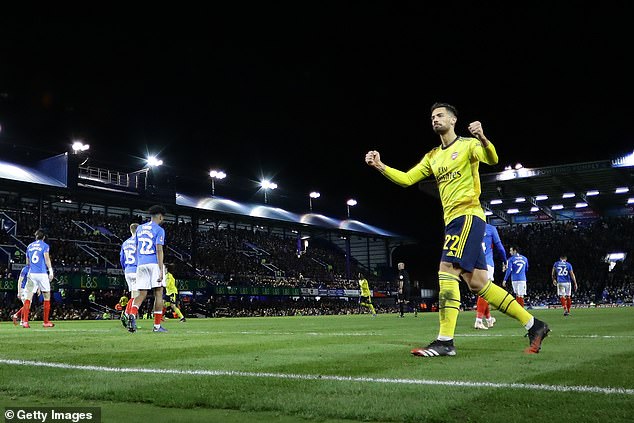 Following the final whistle on the south coast, Luiz hailed 'great guy' and 'great player' Mari as he finally made his first start for the club after returning to full fitness.

The 32-year-old, who captained Arsenal on Monday, told the club's official