'Lose to Chelsea in Moscow? That's folklore - the pressure was like a crazy beast': Manchester United legend Rio Ferdinand recalls their Champions League final win over Blues in 2008 Rio Ferdinand took part in a revealing Q&A on BT Sport on Tuesday evening  Ferdinand said how the stakes were high when playing English sides in Europe  He also said the pressure before the 2008 Champions League final was sky high He would have dreaded reporting for England duty had he been on losing team

Rio Ferdinand has revealed how all-English Champions League ties were always the most pressurised matches he played in club football.

Ferdinand won the Champions League once with Manchester United in 2008 when they beat Chelsea in Moscow.

During a Q&A on BT Sport with presenter Jake Humphrey on Tuesday night, the former England defender said there was always more at stake between English sides than there was when playing teams such as Barcelona or Juventus. 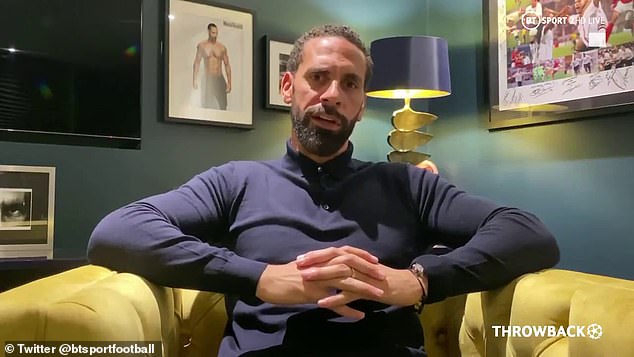 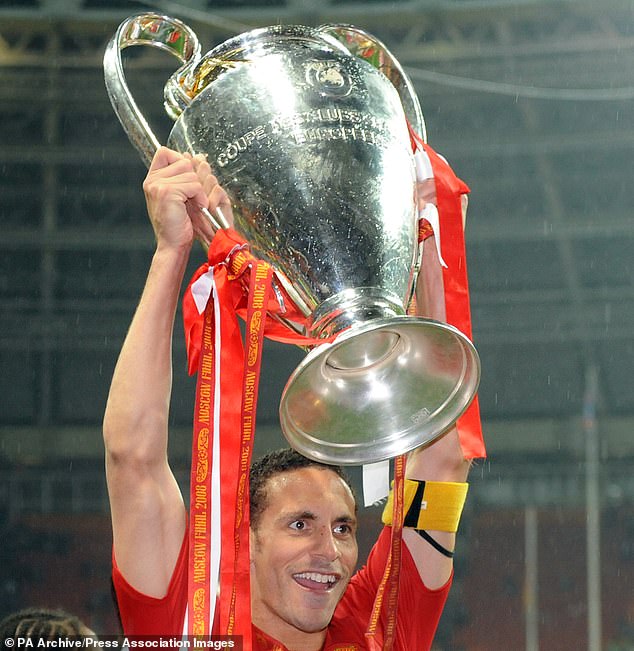 Asked whether it was more difficult to face teams that United would play in the Premier League in Europe, Ferdinand said: 'That added pressure to me definitely because I was playing against friends, international friends, friends I'd grown up with. It made it a much higher pressurised situation because so much more was at stake if it could have been.

'It was tough, it was really tough because at the end of the day again there was so many bragging rights to be had between us.

Having a butcher's at sausage metrics mogaznewsen