Boxing expects to be given the go-ahead, probably as soon as next week, to resume behind closed doors in late June or early July.

Frank Warren is in discussion with government and the British Boxing Board of Control for fights to take place in a TV studio or a purpose built temporary facility. 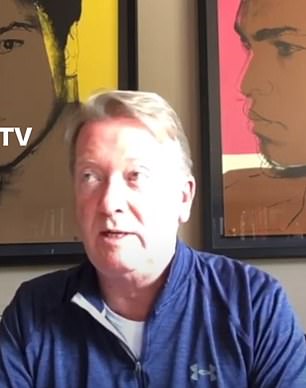 Britain’s longest-standing promoter reveals: ‘We are ready to get boxing moving again and I believe we will be given the green light in the next few days for shows under agreed health controls in a TV studio or a purpose built temporary facility.

‘The principal concern is social distancing but that really comes down to just the two fighters and we can make absolutely certain by testing that neither contestant is a risk to the other.

'I am confident that will satisfy the government.

‘Medical safety remains the top priority but we are all concerned as well for the hardship being suffered, especially by young boxers.

'With no income for months now some of them are close to starving.’

Warren has formulated plans under which all the fighters on five bout cards will be locked down in a private training camp for four weeks before each event.

He says: ‘As well as coronavirus testing we will have a sanitised gym and isolated accommodation for all those directly involved in each show, including trainers and corner-men.’

Warren is already collaborating with Martin Bowers, trainer of world title heavyweight prospect Daniel Dubois, in the construction of a remote gymnasium for use by his Queensberry stable of fighters, which is nearing completion. 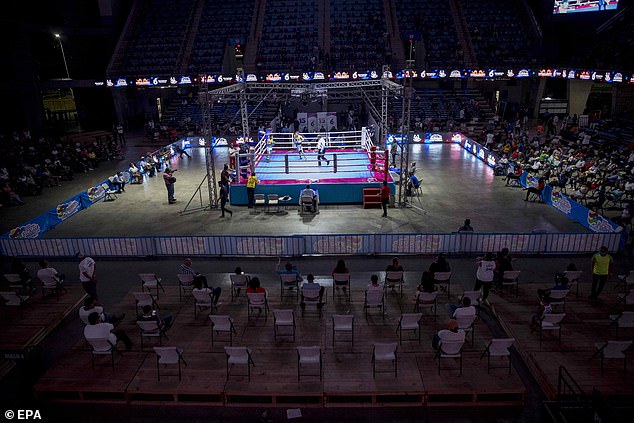 He says: ‘This structure is in the middle of a field on a Hertfordshire farm. It will hold not much more than the ring and other equipment. No room for the usual friends and visitors.

‘There is a small hotel not far away in which we will quarantine about 25 boxers and trainers with no other occupants and no visitors except the Covid-19 testers. Everyone will have masks and be tested at least twice a week right up to the weekend of the fights.’

The venue, be it studio or small building, will allow for a maximum of 60 fighters, trainers, referees, doctors, officials and TV crews and