'How is that pea ahead of me!?': Conor McGregor FUMES at latest UFC rankings before deleting tweet as old foe Dustin Poirier hits back with 'because I've been fighting real contenders' jibe Conor McGregor has taken aim at UFC rankings with Dustin Poirer ahead of him McGregor, ranked 3rd in lightweight, tweeted 'how is that pea ahead of me?'  The Irishman beat Poirier back in 2014 with a first round knockout at UFC 178 Poirier responded to McGregor's tweet saying he fights 'real contenders'

Conor McGregor took aim at the UFC in a now-deleted tweet as it appeared he stood 3rd in the lightweight rankings behind Dustin Poirier.

McGregor beat Poirier back in 2014 at UFC 178 with a first round knockout inside the opening 90 seconds but has now dropped below his former opponent in the rankings.

'How is that pea ahead of me in the rankings?' the Irishman wrote in a since-deleted tweet aimed at the UFC and Poirier. 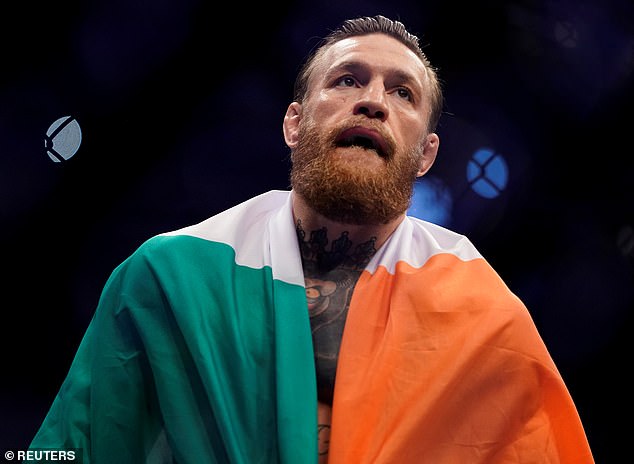