Manchester City and Puma released the club's new away kit for the 2020-21 season on Monday morning.

The black away kit contains a pattern of the bridge near Bridgwater Canal in Castlefield, an area which the club say is 'symbolic' of Manchester.

The Manchester City badge and sponsor logos on the away kit are in a 'copper' colour, while the shirt it accompanied by black shorts and dark blue socks. 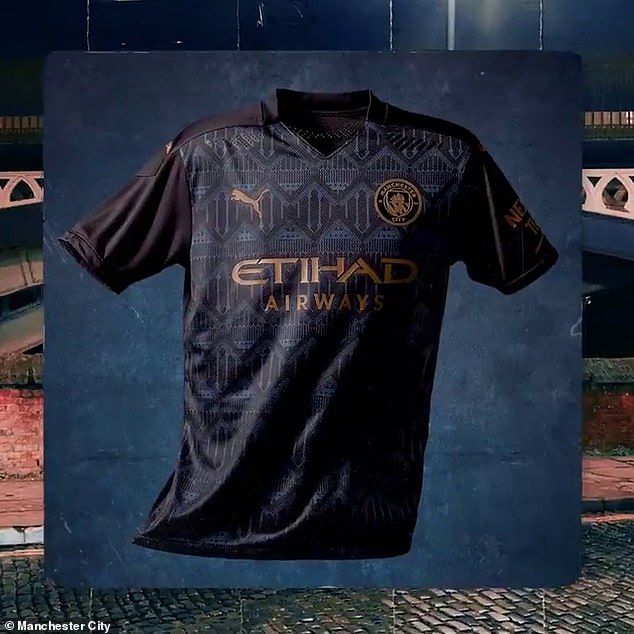 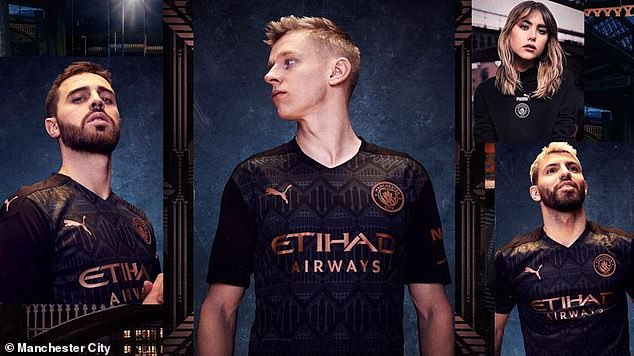 First-team stars Sergio Aguero and Kevin De Bruyne were seen trying on the new jersey during a kit launch.

David Bremond, Head of Teamsport Licensed Apparel, said: 'With this kit we wanted to celebrate the culture of the city.

'We looked for places where people come together to explore their creativity through art and music. Castlefield is rich with history and significance to the city; it truly connects with cultural youth scene and creative roots. 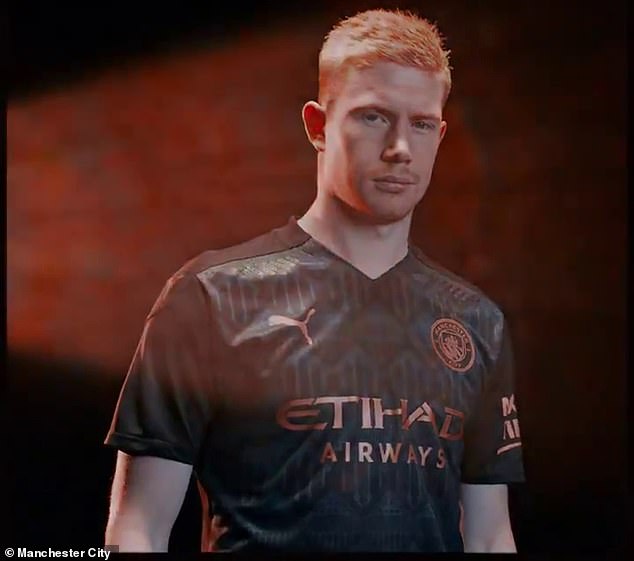