'I called Joe over to try to make out we were doing something tactical - but I told him to keep an eye on his positioning and commit to the shot': Emotional Fulham boss Scott Parker reveals his role in Bryan's stunning strike in play-off final win Brentford 'keeper David Raya was caught out by Bryan's clever 40-yard free-kick Bryan and Parker spoke on the touchline seconds before taking that set piece Raya was expecting a cross and was unable to save Bryan's skidding low effort The defender then sealed victory with his second goal three minutes from time Brentford 1-2 Fulham (AET): Bryan sends Parker's side back to Premier League

Bryan scored the opener in Tuesday night's Championship play-off final with a 40-yard free-kick which Raya thought was going to be swung in towards Aleksandar Mitrovic.

Seconds before taking the set piece, Bryan and Parker spoke on the touchline, with the Fulham boss instructing the left back to ignore Mitrovic and go for goal. 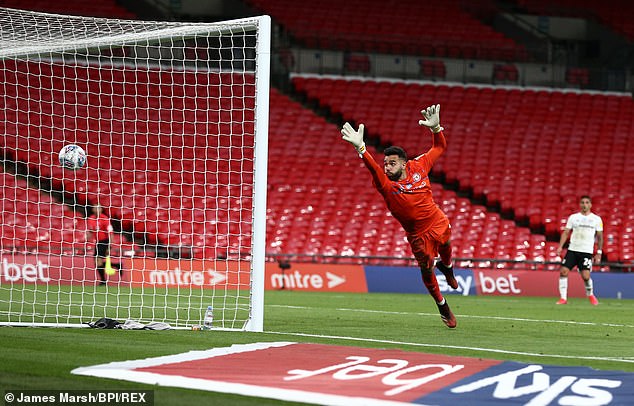 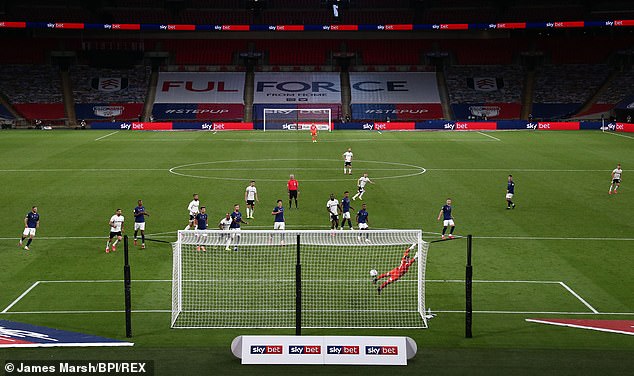 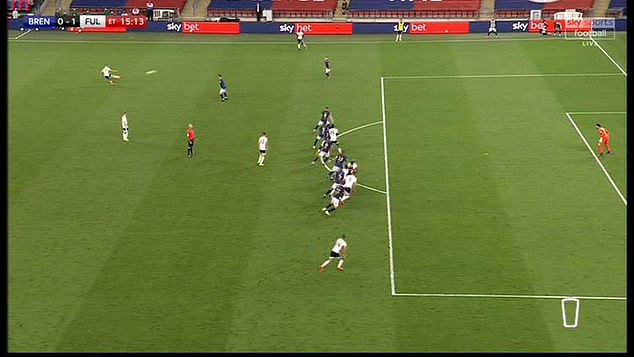 Bryan tricked Raya, whose starting position left a lot of space to his right, and scored the goal which got Fulham on their way to winning the £160million match.

'The opening goal was planned,' Parker said. 'We looked at his positioning from free-kicks – very aggressive in his starting position. I called Joe over to try to make out we were doing something tactical but I told him to keep an eye on his positioning and commit to the shot.

'He did that and it's worked. We tried this in the last game and went nowhere near the goal. Tonight thankfully it