By Marcus Townend for MailOnline

Aidan O'Brien says he would relish the opportunity to take on Ghaiyyath again in the Irish Champion Stakes at Leopardstown a week on Saturday.

The participation of the Charlie Appleby-trained colt appears to hinge on whether regular jockey William Buick is able to take up the mount which needs a change in the rules on quarantine for elite athletes entering Ireland.

But if the Godolphin-owned colt, who has won the Coronation Cup, Eclipse and International Stakes, lines up in the signature race of Longines Irish Champions weekend, he will face a team which is headed by Magical, last year's winner, and Japan. 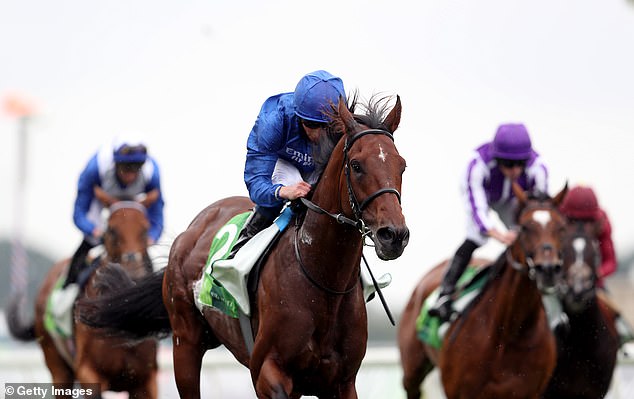 Six-time group one winner Magical was beaten three lengths by Ghaiyyath in last month's International Stakes at York last month while Japan has recovered from a foot issue that emerged after he was last of three to Enable in the King George VI & Queen Elizabeth Stakes at Ascot in July.

O'Brien said: 'We were

PREV sport news World No 3 Karolina Pliskova's crashes out of US Open after Caroline Garcia ...
NEXT How a quick drink cost Julian Alaphilippe the yellow jersey at the Tour de ...