'He needs to be 100 per cent... if not, it's going to be difficult': Eden Hazard warned by Real Madrid team-mate Luka Modric over living up to his billing as he reveals he told Belgian to sit out games to be fit for this season Eden Hazard had a series of injuries during his first season at Real Madrid Playmaker was a £150million arrival from Chelsea at the Bernabeu last summer But injuries including a fractured foot severely hit his first season form Team-mate Luka Modric revealed he was trying too hard to impress last term

Luka Modric has called for Real Madrid team-mate Eden Hazard to show his true form this season following a poor first year at the Bernabeu.

Hazard was one of the high profile moves during the summer transfer window of 2019 when he moved from Chelsea to Madrid for £150million.

But a series of injuries restricted the playmaker to just 22 games in all competitions, netting one goal and providing seven assists. 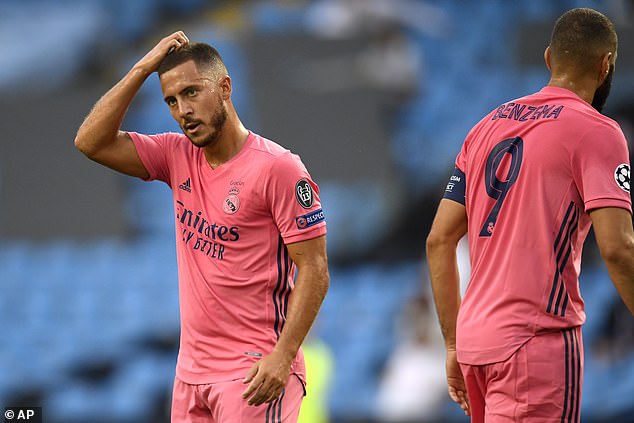 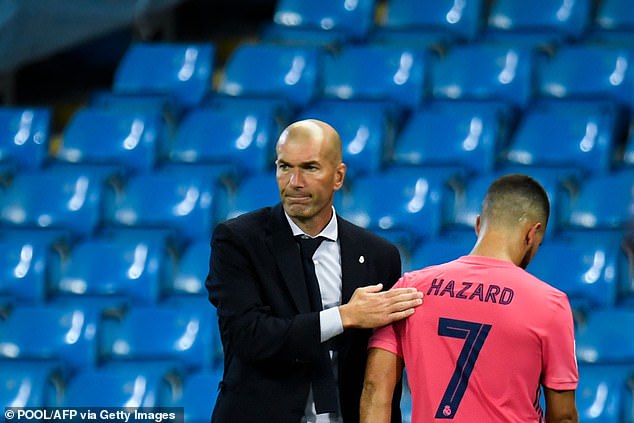 However he was ruled out of a further 24 games due to a series of injuries, mainly a hairline fracture in the foot throughout the winter.

Modric though sympathises with the