'Fans in stadiums just isn't happening is it?': Football supporters fear return of crowds to stadiums in October will be CANCELLED with new lockdown rules coming to England Football supporters fear that the plan to return to normality will be pushed back Government officials announced that fans could return to live events in October Pilot events have been held since August as lockdown measures eased in the UK However, a spike in coronavirus cases could put those plans on the back-burner

Football fans desperate for a return to normality could be made to wait even longer amid fears that plans to return to stadiums next month will be shelved by Prime Minister Boris Johnson.

With coronavirus cases on the rise again in England, government officials are set to take action and impose tighter Covid-19 restrictions in a bid to prevent a second wave of infections across the country.

Social gatherings of more than six people is set to be banned in England from Monday which would likely see sporting events suffer a huge setback in getting fans back into stadiums. 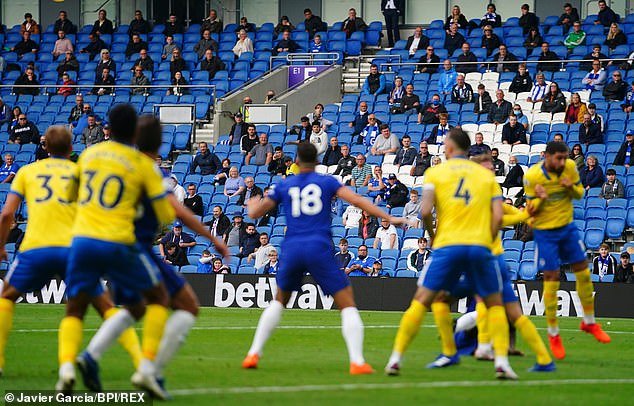 Johnson announced in July that spectators would be able to attend live sporting events in person from October as the country edged towards a sense of normality.

However, new lockdown rules could put these plans on the back-burner on Wednesday afternoon, leaving sports supporters distraught at the thought.