Callum Wilson confirms he WON'T take the No 9 shirt at Newcastle as Joelinton gets to keep the legendary jersey despite his miserable goal return - and new £20m man reveals he'll stick with 13 Callum Wilson has confirmed he will take the No 13 shirt instead of the No 9 After a dismal campaign, Joelinton risked losing the iconic No 9 shirt Newcastle's £40m record-buy managed two goals in his first year at the club However, Wilson revealed he would wear the No 13 for Newcastle this season

Steve Bruce has confirmed that club-record signing Joelinton will keep Newcastle’s iconic No.9 shirt - but new boy Callum Wilson looks set to kick off the season with the starting jersey.

Joelinton only returned to training last week after what we understand was a period in quarantine.

There were reports that the Brazilian - who scored just two league goals last season - would be stripped of his squad number in favour of Wilson, who arrived on Monday in a £20million deal from Bournemouth. 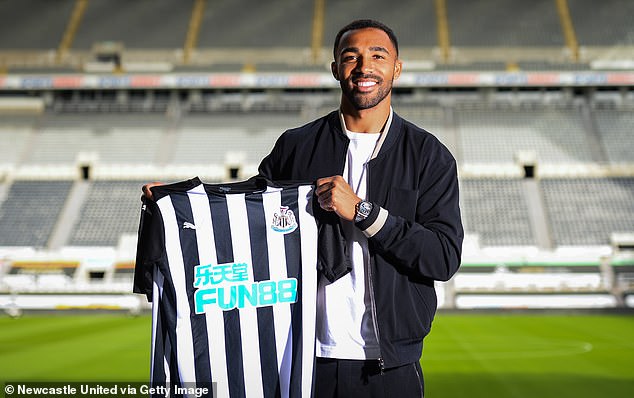 But Bruce said: ‘Joe is training now. He’s okay. He’ll remain with the No.9 shirt. I’ve spoken to Callum on that. He’ll wear 13.

‘The kid (Joelinton) still has a big future and I think he’ll be better for last year. The type of character he is,

PREV sport news Thiago Alcantara to Liverpool or Man United: Where does he fit in?
NEXT sport news Bath 23-27 Wasps: Late penalty try drama gives Lee Blackett's side a lifeline