Premier League clubs' shirts will not carry the Black Lives Matter slogan in the coming season, the league has announced.

Shirts will instead feature a patch promoting the league's own anti-discrimination campaign No Room For Racism.

The BLM slogan was adopted during the restarted 2019-20 campaign over the summer, following on from global protests in support of the movement sparked by the death of George Floyd in the United States while in police custody in May. 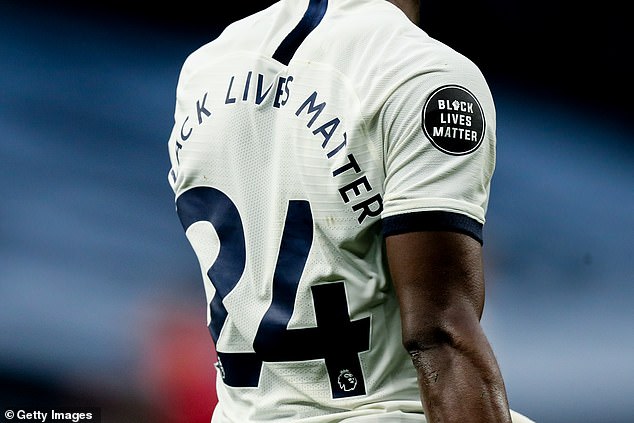 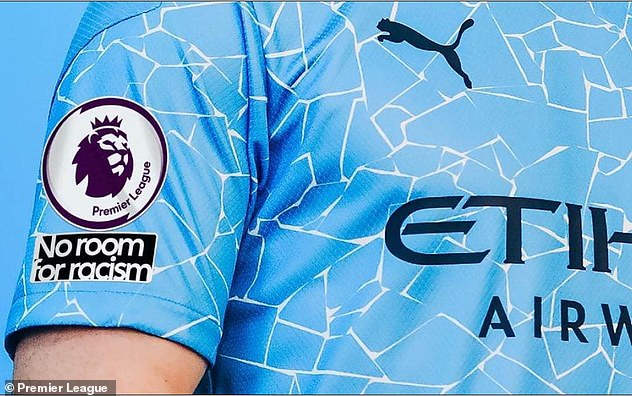 Premier League captains were consulted over the change during a conference call on Thursday.

The league's chief executive Richard Masters said: 'We, our clubs, players and match officials have a long-standing commitment to tackling discrimination.

'Players rightly have a strong voice on this matter, which we saw last season. We have continued to talk and listen to players on this issue and will support them as well as continuing to emphasise the Premier League's position against racism.

'Discrimination in any form, anywhere, is