Liverpool boss Jurgen Klopp has dismissed the idea of defending their Premier League title - insisting his side will 'attack it with all we have'.

The Reds cruised to their first league crown in 30 years last season in a near-faultless season that saw them triumph by an 18-point margin over closest rivals Manchester City, but the German's squad will have to push the reset button as they prepare to become the fourth side to retain the trophy.

The champions, who play Leeds United at Anfield in their season opener on Saturday, will face renewed pressure from Chelsea, who have invested heavily in the market, while Manchester City are always a threat, but Klopp said his side would be aggressive in their quest for more success. 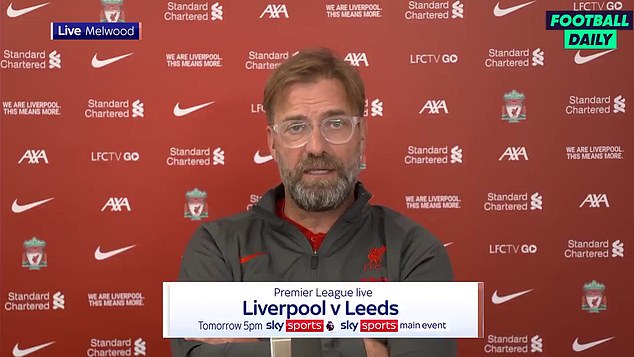 'Somebody told me we have to defend the title and I don't understand that,' he said in his pre-match press conference. 'Maybe I'm not smart enough but if theres a title out there we showed last year that we were able to go for it.

'We did it the year before also. That doesn't mean we will this year, because we don't take things for granted. But the titles out there - we attack them. We are all in