No fans at the football until 2021? MORE delays looming and clubs face financial chaos after the Premier League delayed test events this month due to Government's Covid-19 crackdown The Premier League will push the Government again on letting fans into grounds  This comes despite the deferral of top-flight test events due to new limitations  There is now pessimism that fans will be back in grounds in October as planned  The crackdown saw test events deferred and deemed not economically viable

The Premier League will continue to push the Government to allow fans into grounds next month despite the deferral of Premier League test events this month due to new limitations.

But one industry source familiar with the talks between Government and clubs said they were now 'pessimistic' that fans will be back in October, as previously planned, and indeed fearful that it will now be 2021 before any fans are allowed back in significant numbers.

That could cause financial meltdown for many EFL clubs, where TV money is limited, and will even stretch Premier League clubs, leading to fresh calls for cuts to player wages. Last week's toughening on socialising numbers, now limited to six by the Government from Monday, also saw a limit of 1,000 spectators imposed on test events for sports fans. 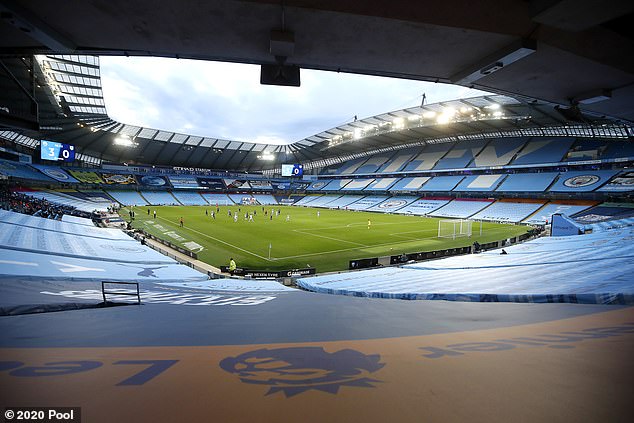 The Premier League responded by deferring their tests, saying that the limit meant events were neither economically viable nor would they be an effective gauge of whether they could host 15,000 fans.

Industry insiders now fear that as the test events have been