Last year he was sparring with Marc-Andre ter Stegen to be Germany's No 1 and looked in terminal decline after the 2018 World Cup horror show... now at 34, Manuel Neuer is back on top as the world's best goalkeeper after leading Bayern Munich to four trophies Bayern Munich captain Manuel Neuer is back to his best between the sticks Neuer, 34, led his club to Champions League and Bundesliga glory last season  He has also been nominated to win the UEFA's Men's Player of the Year award  A couple years prior, hardly anyone considered him world's best goalkeeper

Bayern Munich captain Manuel Neuer is back to his best and is ageing like a fine wine between the sticks for the European champions.

The 34-year-old was on top form on Thursday as Bayern Munich won the UEFA Super Cup against Sevilla thanks to an extra-time goal from Javi Martinez. His heroics in Budapest topped off a sensational few months for the Bayern goalkeeper, who led his side to Champions League and Bundesliga glory.

It's also been a great season for him on a personal level, as he has been nominated for UEFA's Player of the Year award against team-mate Robert Lewandowski and Kevin de Bruyne. 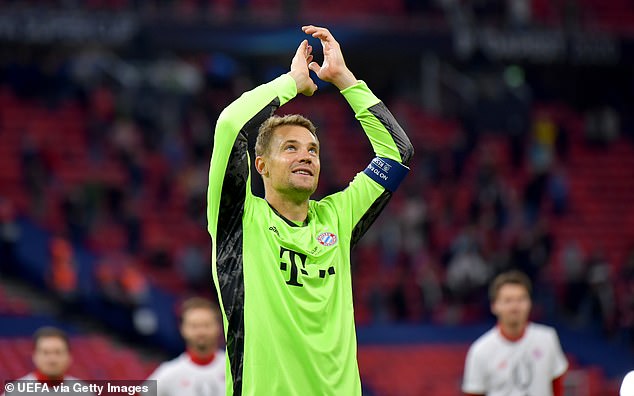 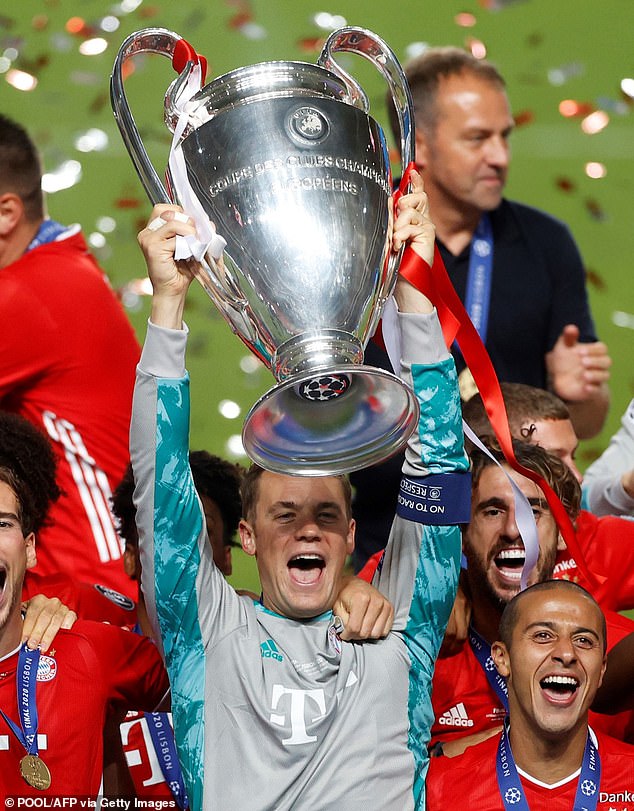 However, rewind two years and the picture is not quite as rosy for Neuer.

The 2018 World Cup in Russia marked a low point for German football and Manuel Neuer. The reigning champions crashed out in the group stages in rather spectacular fashion with Neuer, one of the pioneering faces of the team over the past decade, facing a potential axing from the international squad.

Whilst chasing a game against South Korea, the goalkeeper ventured out of his box and into the opponent's half as Joachim Lowe's side threw the kitchen sink in the dying moments.

Neuer charged up the field to try and help the attack - leaving his goal wide open.

As luck would have it, or not have it in this case, the ball was given to the goalkeeper just inside the South Korean's half but he lost possession after a heavy touch.