'That's something we have to improve dramatically': Mikel Arteta urges new-look Arsenal to develop killer instinct against smaller teams to help catch Premier League's elite Arsenal have won two trophies in the past three months under boss Mikel Arteta  The club drew 14 league games last year and Arteta is hoping for improvement  Arteta has since urged his team to turn the Emirates into a fortress this season  Arsenal next host Sheffield United - who had escaped the ground with a point

Mikel Arteta insists Arsenal must still develop a killer instinct against the smaller teams if they are to catch the country's top sides.

The Gunners have won two trophies in the past three months and made another step forward under Arteta with Carabao Cup victory over Liverpool on Thursday night.

But last season they drew 14 league games - the joint-most in the division - including six on home soil. 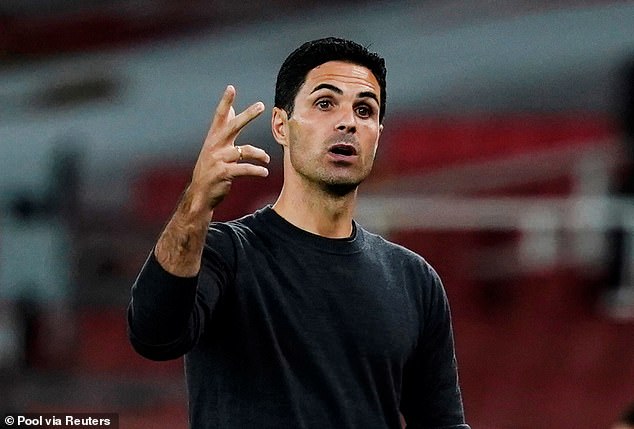 Arteta has challenged his side to make the Emirates a fortress - starting on Sunday against Sheffield United, who were among the teams to leave north London with a point last year.

'Obviously that's something we have to improve dramatically. We want to give ourselves the best chance to be as high as possible in that table,' Arteta said.

PREV sport news David Moyes is in no rush to sign a new contract at West Ham after a good ...
NEXT sport news Trent Alexander-Arnold and Virgil van Dijk offer Neco Williams their total ...