Ashes hero Freddie Flintoff reveals he would like to coach England or Lancashire further down the line as he admits he has 'started loving cricket more' since he retired Freddie Flintoff retired from Test cricket at the end of the 2009 Ashes series He won the 2005 and 2009 Ashes, being named player of series in the former  The former England all-rounder served as captain and vice-captain of the team Now, Flintoff has admitted he would like to try his hand at coaching down the line Flintoff was speaking on The Graham Norton Show alongside Arsene Wenger

Freddie Flintoff has admitted he would love to try his hand at coaching, revealing he would only work with England or his former county Lancashire.

The England all-rounder initially retired from all forms of the game in 2010 after stepping down from Test cricket just a year earlier, having won two Ashes series - including being named player of the series in the historic 2005 victory.

Now, years on from his retirement, Flintoff - who was speaking about his new book 'Right, Said Fred' on The Graham Norton Show, which will run at 10:45pm on Friday night - has revealed he would like to become a coach in future years but admits he has 'clawing back to do'. 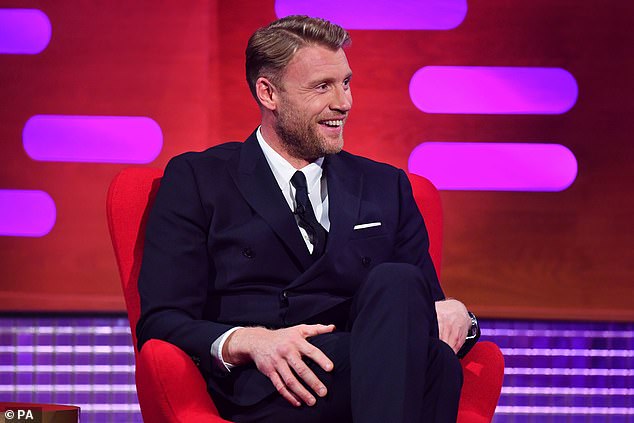 Freddie Flintoff was speaking on The Graham Norton Show, which will be aired on Friday night

Flintoff said: 'I never thought I would say this, but since I've retired, I've actually started loving cricket more than I ever did, and further down the line I would like to coach.