'There's nothing more draining than when you know you're not going to play': Jack Wilshere insists leaving West Ham was the right decision and that he still has plenty to offer at 28 Jack Wilshere had his £100,000-a-week contract at West Ham terminated early The midfielder insisted he had to leave because he needs regular game time  Ex-Arsenal man is currently training in a local park as he searches for new club  At 28, he is confident he can revive his career and play a major role somewhere

Jack Wilshere has insisted he has no regrets about leaving West Ham and is confident his injury woes are behind him and that he still has plenty to offer at 28.

The former Arsenal star, who burst on to the scene as an exciting 16-year-old talent, is searching for a new club after having his £100,000-a-week contract at West Ham terminated by mutual consent, having made just 19 appearances across two seasons.

Wilshere has struggled with injuries and fitness problems throughout his career, and the general consensus is that it has prevented him from fulfilling his full potential. 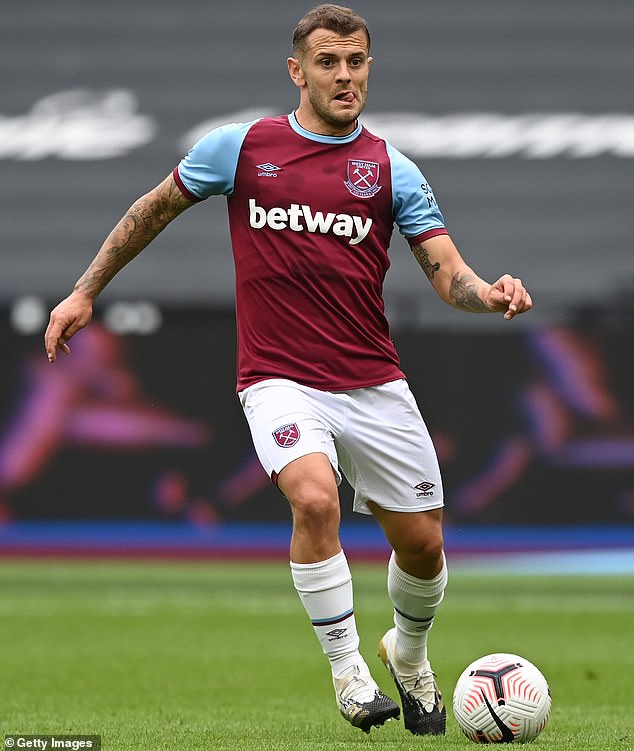 The 28-year-old is entering the peak years of his career and said he had no choice to leave West Ham because his prospects of getting regular game time were slim.

Speaking to The BBC about his Hammers exit, Wilshere said: 'People will say what they want and