Mauro Icardi could make incredible Serie A return as 'AC Milan consider January move' for Paris Saint-Germain striker... with his wife Wanda Nara 'pushing a return to Italy' AC Milan are considering a January move for PSG striker Mauro Icardi The Argentine signed a four-year deal with a the French side in the summer  But the forward's wife Wanda Nara is keen for their family to return to Italy  Icardi spent seven years at Milan's rivals Inter before falling out with the board

AC Milan are reportedly lining up a shock January move for Mauro Icardi with the Paris Saint-Germain striker's wife keen to take their family back to Italy.

Icardi spent seven years with Milan's rivals Inter but left in the summer to sign a four-year deal with PSG after scoring 20 goals in 34 games during a successful loan spell last season.

According to AS, the Argentine, who is currently sidelined with a knee injury, is a target for Stefano Pioli's side and the Milan manager could be helped by the forward's wife Wanda Nara. 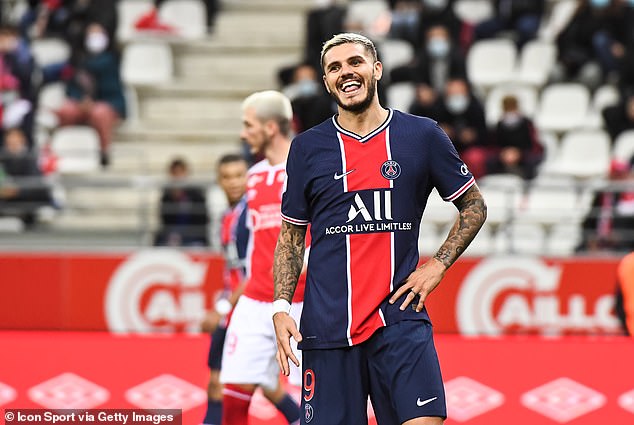