'I was a ghost of myself back then': Mike Tyson reveals he 'just didn't want to fight any more' and 'never wanted to come back' after sorry defeat by Kevin McBridge in 2005 as he gets set for sensational return to the ring against Roy Jones Jr Mike Tyson is preparing to take on Roy Jones Jr in an exhibition bout next month The American reminisced about his last career fight in a pre-fight conference  Tyson claims he struggled to enjoy boxing after his 2005 loss to Kevin McBride He also described Jones Jr as a 'brother' ahead of his highly-anticipated return

Mike Tyson had to overcome the terror of getting back in the ring after his abject last fight 15 years ago before he agreed to next month’s return of the fifty-somethings against Roy Jones Jr.

Nothing less than the fear of God has played into his decision to take the plunge.

‘I was a ghost of myself in Washington back then,’ says Iron Mike about the sad night when he declined to rise from his stool for the seventh round against journeyman Irish heavyweight Kevin McBride. 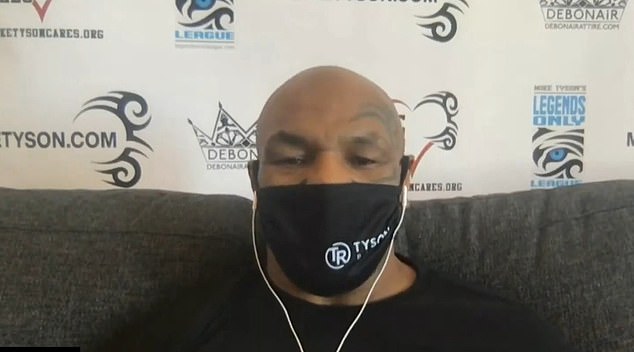 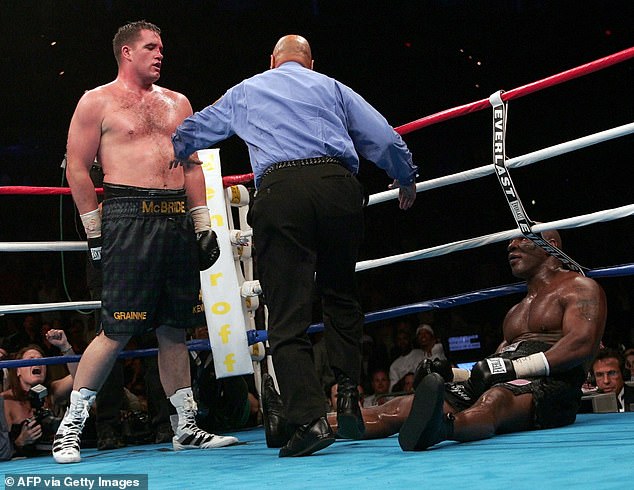 ‘I just didn’t want to fight any more. After that I never wanted to come back. There’s been offers but I was nervous of doing it.’

Now, as a long-time Moslem convert, he says: ‘God has always been the only being I’ve feared and I’ve got to meet him eventually.

‘After everything in my life there’s a lot of things I need to do be right before that day comes and this fight is one of them. I’m ready to do this now.’

Tyson references the large charity donation he will make