PLAYER RATINGS: Maro Itoje shows why he's the best player in the world and a nightmare to play against while Sam Underhill is up there with England's greatest ever flankers England came from behind to beat Wales in the Autumn Nations Cup   Maro Itoje showed why he's considered as the world's best player Sam Underhill and Owen Farrell also impressed for Eddie Jones' side

By Adam Hathaway For The Mail On Sunday

England came from behind to beat Wales to reach the Autumn Nations Cup final with a 24-13 victory at the Parc y Scarlets.

Johnny Williams had put Wales in front with a runaway try in before a score from Henry Slade and two Owen Farrell penalties put England 11-7 ahead at half-time. Mako Vunipola then added a second half try. 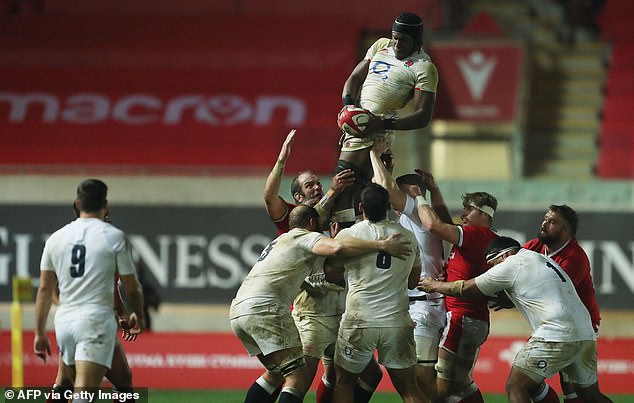 Stepped of his wing to get busy and was eager for work but still a centre in a wing shirt.

Cost England one try with a kick, but a decent defensive showing. And a potential Lion

Skipper looks so much

PREV sport news Spanish papers pile into Real Madrid after 'worst defeat of the Zidane era'
NEXT sport news IAN HERBERT: Trump is gone but we must remember who tried to keep Kaepernick ...