Rob Holding set to avoid Mikel Arteta's Arsenal cull with 25-year-old defender 'close to signing new long-term contract', ending speculation of him leaving on loan this month Arsenal defender Rob Holding looks set to be rewarded with a long-term deal  The 25-year-old, signed from Bolton in 2016, has been a key performer this year  Holding will pen his new contract soon and stay at the club, the Telegraph claim  The centre back has made 17 appearances so far during Arsenal's mixed season

Arsenal defender Rob Holding is set to sign a new long-term contract with the club after impressing this season, according to reports.

The 25-year-old, signed from Bolton for £2million in 2016, has been forced into a regular first-team spot this campaign as part of Mikel Arteta's unsettled backline.

And, despite reports linking him to a loan move away this month, The Telegraph claim Holding will stay at the Emirates and avoid the expected mass culling. 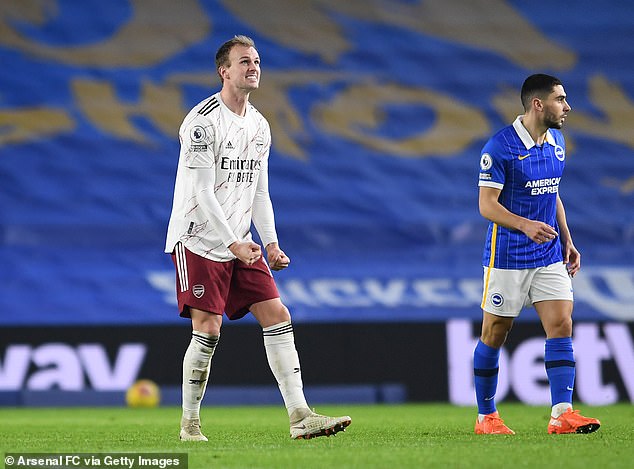 It is believed a number of Premier League clubs were targeting Holding with a view to signing him on a temporary basis.

It is now more likely that the centre back stays and fights for his place, however.

Having made 17 appearances across all competitions so far this term, Holding has emerged as a key member of Arteta's squad. 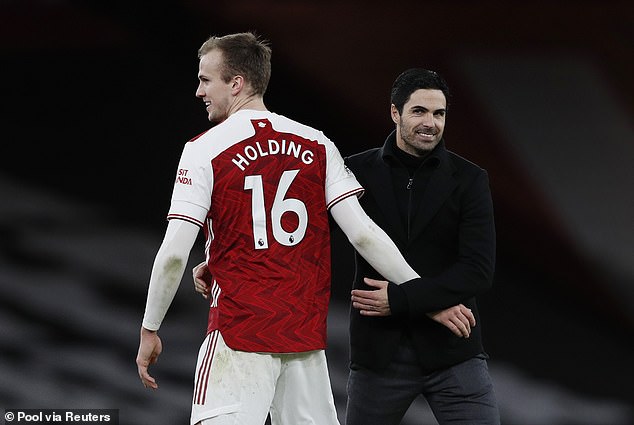 Holding, signed from Bolton for £2m in 2016, has emerged as a first-team regular this season 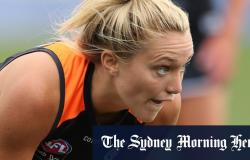