Sokratis appears to be nearing the end of his Arsenal career as the defender leans towards a potential move to Genoa.

The 32-year-old's contract at the Emirates Stadium expires in the summer and he emerged as a target for the Italian side at the start of the transfer window.

Fenerbahce have also been linked with Sokratis but according to Sky Sport Italia the defender would be keener on a move to Genoa should the clubs' financial terms offered to the player be similar.

PREV sport news Celtic 0-0 Livingston: Hoops are now 20 points behind Rangers after another ...
NEXT sport news Turkish side Sivasspor become invisible in the snow after making decision to ... 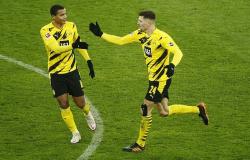 Helicopters and lifeboats launched as part of search and rescue operation for ...

TOWIE's Amber Turner flashes her abs in a crop top after admitting she was ...