Delighted fans flocked back to Wembley on Saturday with over 20,000 set to watch the FA Cup final between Leicester City and Chelsea.

English football's showpiece occasion is the latest of a series of Government pilot events to return fans to sporting events as the United Kingdom continues to follow its roadmap out of lockdown.

The Duke of Cambridge will be one of 21,000 in attendance at the national stadium, including 6,250 supporters of each team. 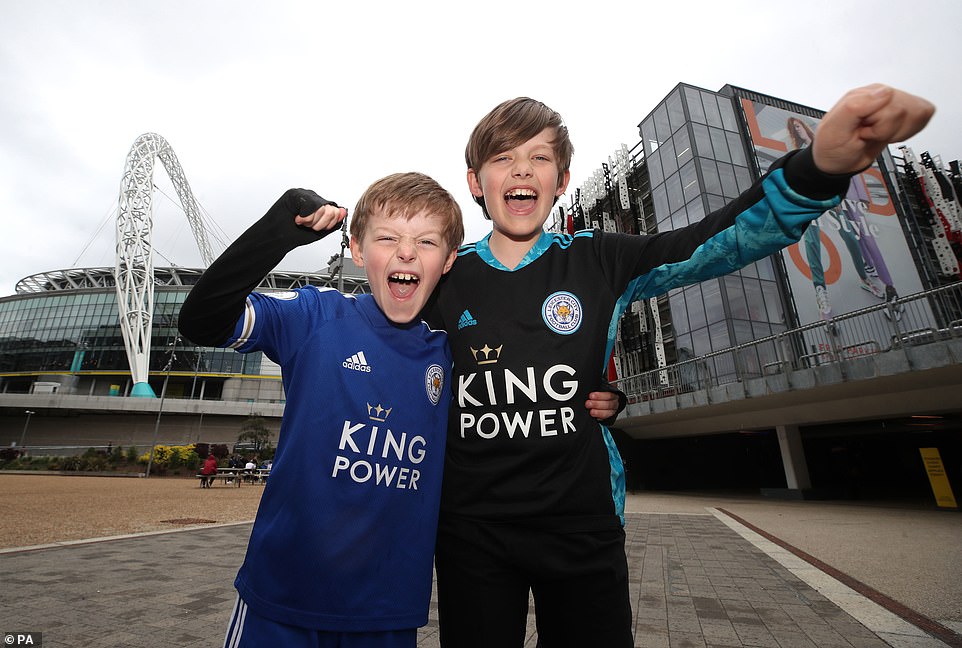 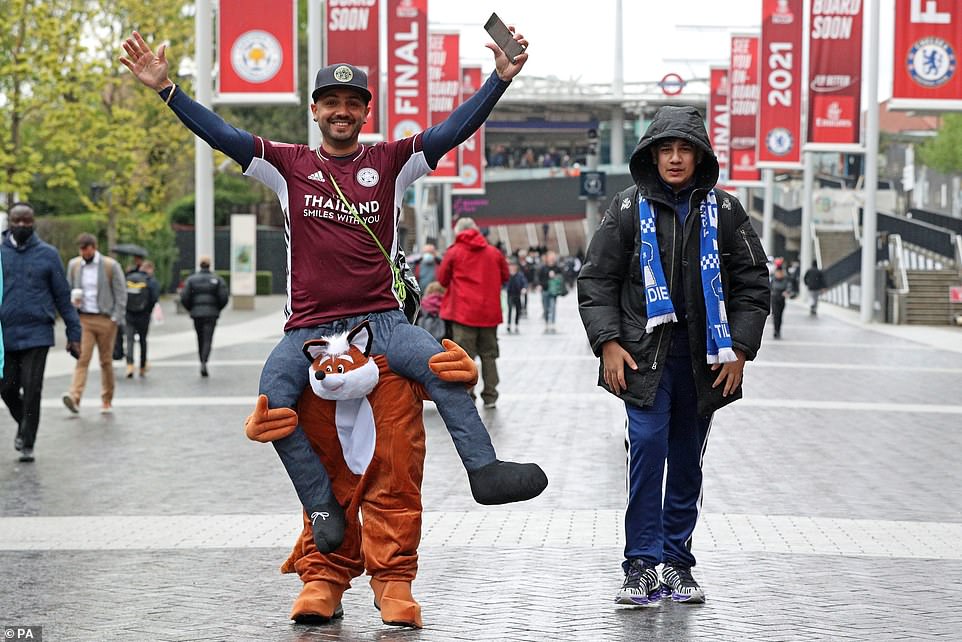 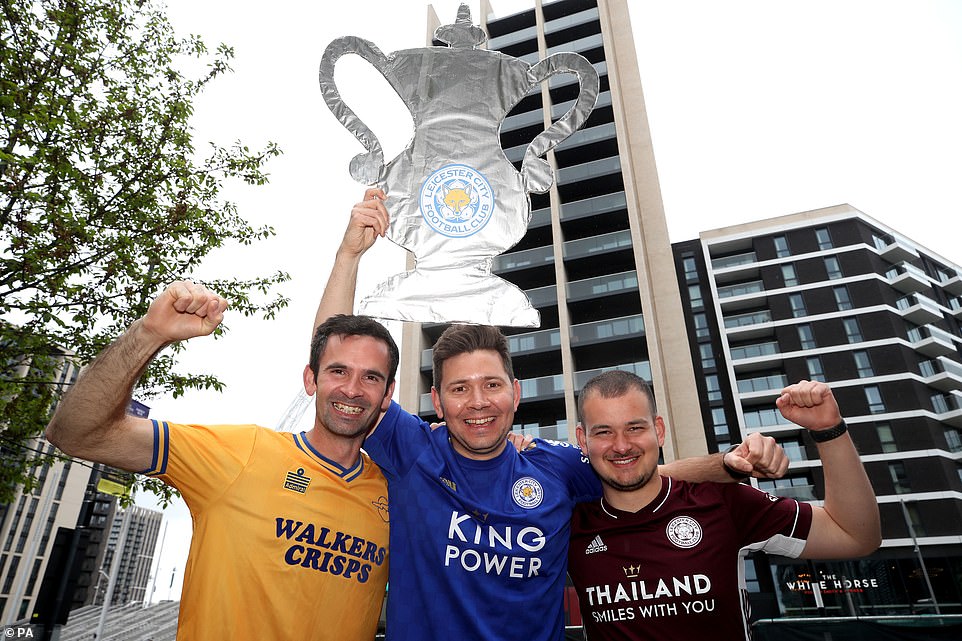 Leicester fans Mark, John and Jayden were among the lucky ticket-holders and came armed with the traditional tinfoil FA Cup 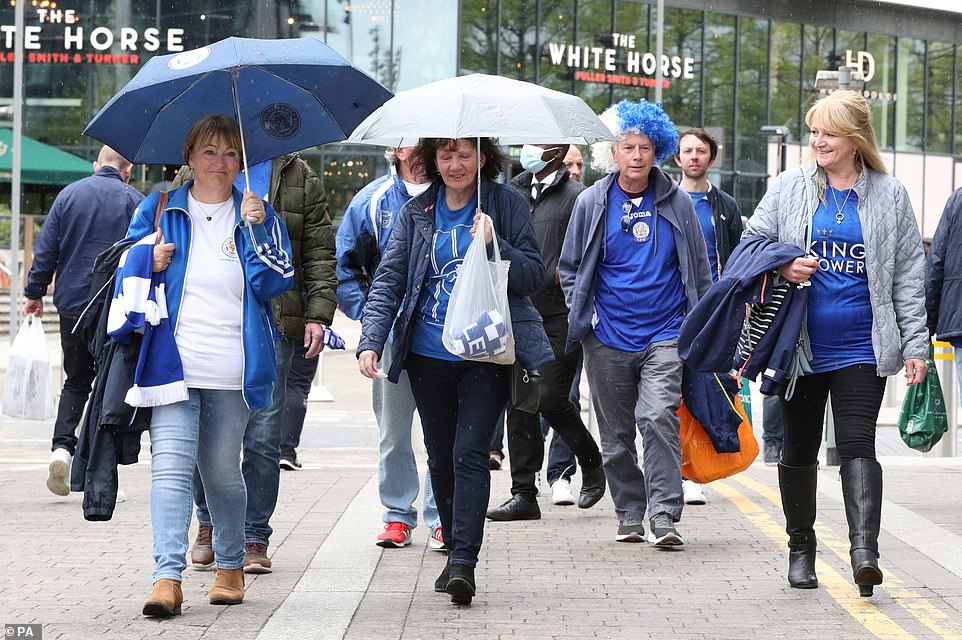 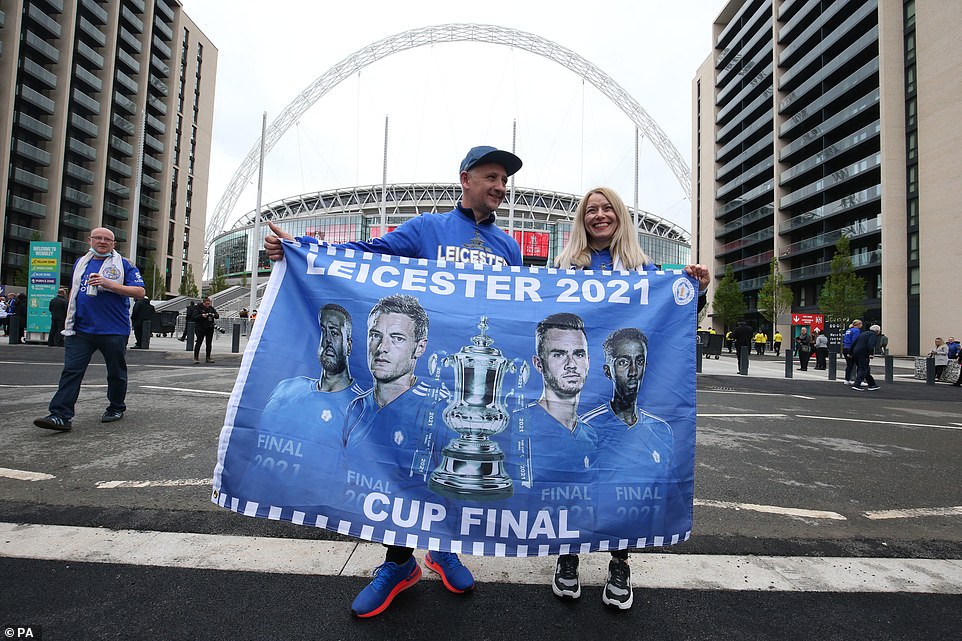 The remainder of the crowd will consist of residents from the Brent area that surrounds Wembley, invited key workers and Football Association guests.

Everyone attending was required to return a negative lateral flow Covid-19 test before travelling to the stadium. Proof of this had to be provided by email or text message to gain entry to Wembley. 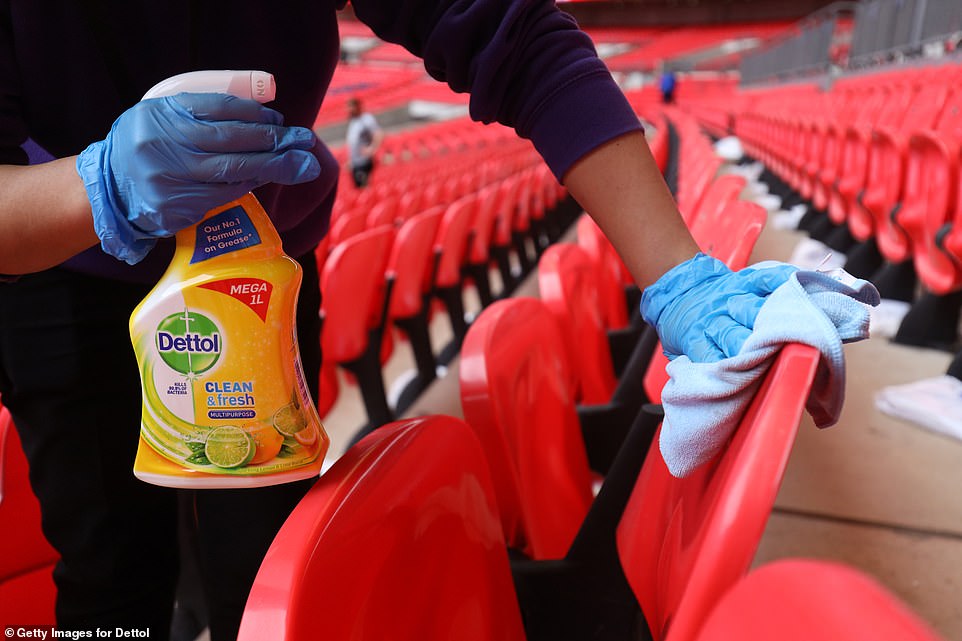 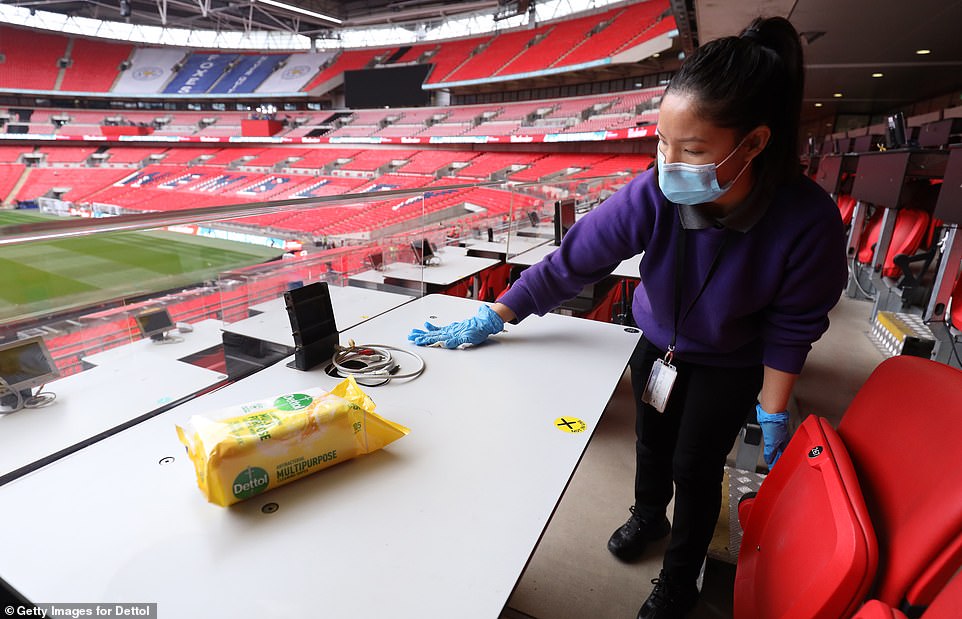 The final will see Wembley at just under a quarter of its 90,000-capacity despite mounting fears that the Indian Covid variant could push back the planned exit from restrictions in England on June 21.

Government scientists warned on Friday night that the new strain is 'realistically' 50 per cent more infectious than the Kent strain.

They said that if the Indian strain took hold, there could be 10,000 more people hospitalised per day by the Autumn and the possibility of 1,000 deaths per day by summer.

Scientists believe vaccines are less effective against the variant and the rapid spread of the virus among younger people could out-pace the successful programme of vaccination across the UK. 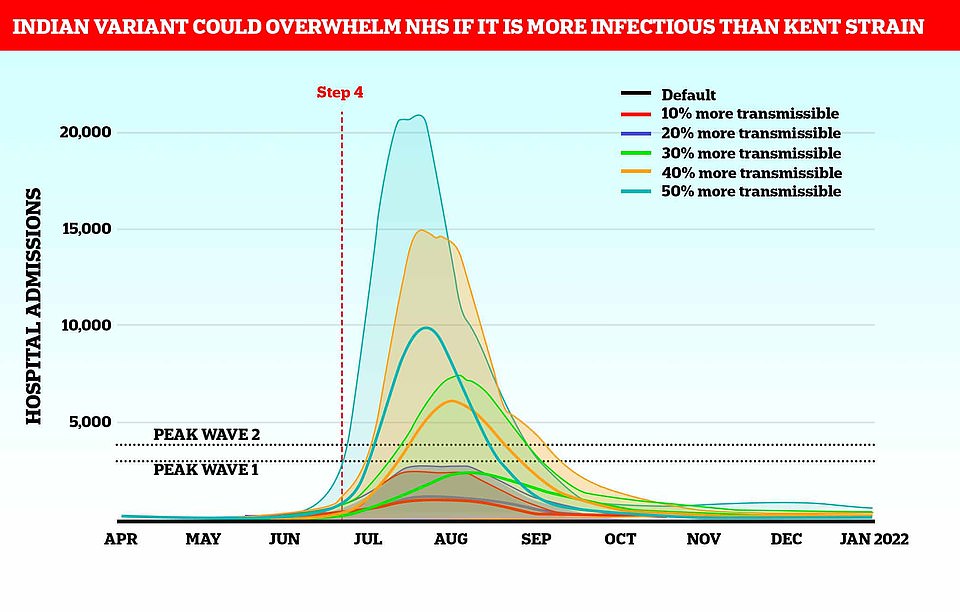 A Warwick University model of a more infectious variant after lockdown is completely lifted on June 21 suggests that any more than a 30 per cent increase in transmissibility compared to the Kent variant could lead to an August peak of daily hospital admissions that is higher than either the first or second wave. In a 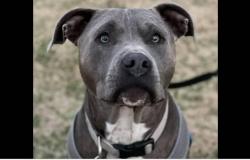