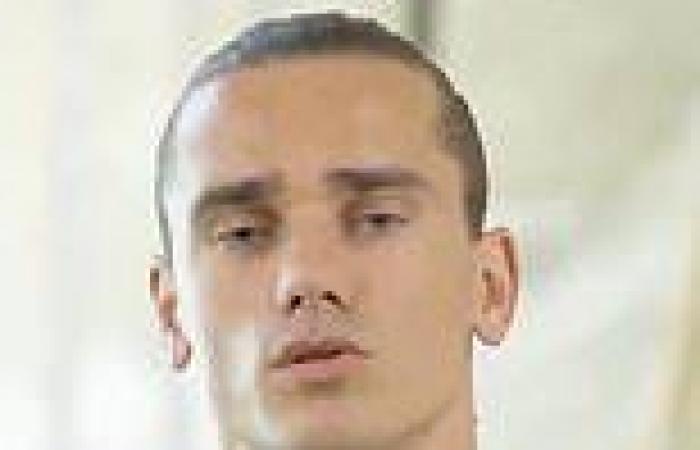 Barcelona and France star Antoine Griezmann has had his partnership with Konami cancelled by the Japanese tech giant after he appeared to mock Asian people in a video with team-mate Ousmane Dembele.

World Cup winner Griezmann was announced as an ambassador with Yu-Gi-Oh, a Japanese cartoon series, back in June but Konami, who have published Yu-Gi-Oh video games, have now snapped that agreement.

Konami also said they will seek further information about the video of Griezmann and Dembele from Barcelona, a club that they have a partnership with through their Pro Evolution Soccer video game. 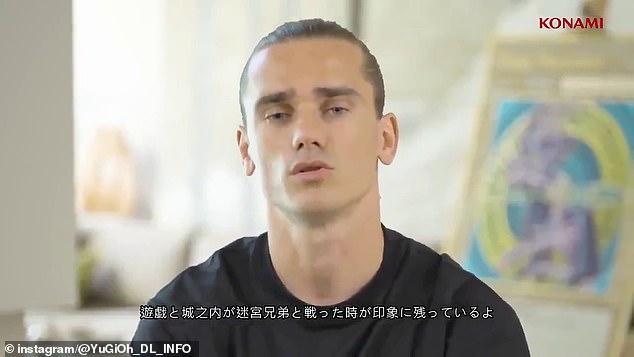 Antoine Griezmann has been dropped from his Yu-Gi-Oh partnership with Konami after a video of him appearing to mock Asian people surfaced on social media. Here, Griezmann is pictured announcing his agreement with Konami in June

Griezmann appears in the leaked clip, believed to be from 2019, alongside his France and Barcelona team-mate Dembele

A statement said: 'Konami Digital Entertainment believes, as is the philosophy of sports, that discrimination of any kind is unacceptable.

'Previously we had announced Antoine Griezmann as our Yu-Gi-Oh! contents ambassador, however in light of recent events we have decided to cancel the contract.

'With regard to our eFootball PES franchise, we will be requesting FC Barcelona as a club partner to explain the details of this case and its future actions.'

The leaked social media video, which is believed to have been filmed in 2019, appeared to show Dembele mocking Asian technicians' background and appearance, and Griezmann appeared in the clip grinning.

It is understood that the technicians were fixing a problem in the hotel room and three men were in conversation around a television screen. 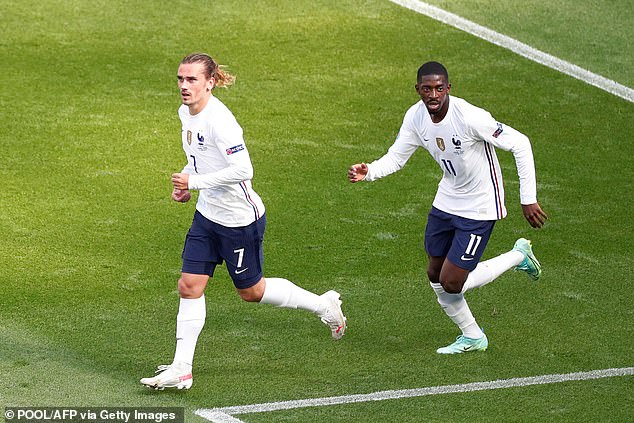 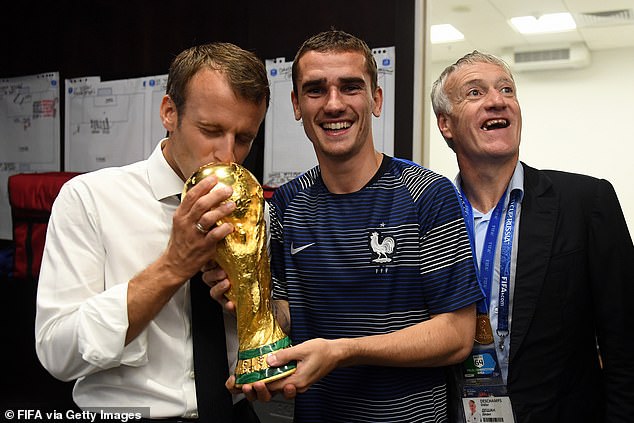 Griezmann won the World Cup with France back in 2018 and here, is pictured celebrating with the French president Emmanuel Macron (left)

It is thought to be Dembele, who can be heard in the video telling Griezmann: 'All 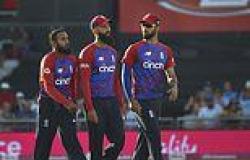 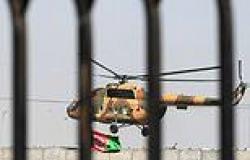 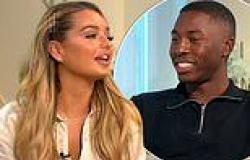 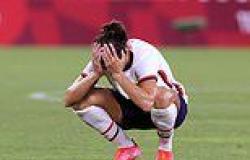 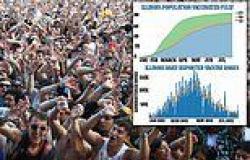 Declan Donnelly secures Isla, two, onto the back of his bike for ... 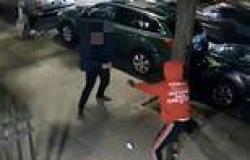