San Francisco 49ers legend Jerry Rice is considered to be the best wide receiver to ever play the game of football. The Niners traded up to select him with the No. 16 overall pick in the 1985 NFL Draft, and the Mississippi Valley State product quickly became one of the best receivers in the NFL.

Rice flashed a couple of times during his rookie season with 241-yard and 111-yard performances towards the end of the '85 campaign, then led the league in receiving yards (1,570) and touchdowns (15) in his second season. Only two receivers have gone over 1,500 yards over the past two seasons. Rice did it four times in 20 seasons, including a ridiculous 1,848-yard campaign in 1995.

There's no denying that the game of football is embracing the pass more than ever before. In fact, just this past Sunday, Los Angeles Rams wide receiver Cooper Kupp became the first player in NFL history to record at least 100 catches and 10 receiving touchdowns in a team's first 12 games of a season.

"I think the ball is probably being thrown 90% of the time now. It's always in the air," Rice told CBS Sports about how the passing game has changed. "I think receivers have more opportunities to score touchdowns, the run-pass option -- it's almost like a copycat league because you look at collegiate football, it's the same way. I think they wanted players to be able to transition a little bit faster coming into the NFL. I was always big on being part of the West Coast offense. Spread the defense out a little bit more for those big-play opportunities. But now, everything is a little bit more condensed and you see a lot of bubble screens, you see a lot of fakes to the running backs and a lot of quarterbacks in shotgun. So it's a whole different ball game now."

Rice sees a lot of himself in some of the biggest names at wide receiver today, but there's one player who makes him do a double take.

"I would say (Davante) Adams, (DeAndre) Hopkins, those guys what they're doing -- I like (Ja'Marr) Chase with what he's doing, too," Rice said when asked who he sees himself in. "But you know the thing is, Larry Fitzgerald, we were almost identical. I don't know if he's fully retired right now or if he decided to take a season off, but his work ethic and what he brought to the game, just his personality, his creativity, his leadership, all of those things are a big factor."

While the 38-year-old Fitzgerald hasn't played this season, he hasn't announced his retirement just yet. Like Rice, Fitzgerald has been one of the most productive receivers in NFL history. In fact, the two sit atop the league's all-time receptions list. Receivers with exceptional speed and ball skills will always have an opportunity to make their mark, but it's those who embody the perfect blend of talent, toughness, creativity, consistency and clutchness that are simply different. That, plus the passion they bring to the game of football.

When we asked Rice what it was that made him such a special player, he answered simply by saying that he loved what he did.

"I think it was just that I loved doing what I was doing," said Rice. "I never looked at football like it was a job, it was fun to me. And I was willing to sacrifice and also be a great leader, because I knew I couldn't win football games by myself, so it was important that I brought along my teammates. And once you develop that, you got a winning team."

One of the reasons Rice is one of the best players in NFL history is because of how he performed on the biggest of stages. Rice is the Super Bowl's all-time leader in catches (33), yards (589) and touchdowns (eight). His 215 receiving yards in Super Bowl XXIII is still a record! The 49ers won that Super Bowl against the Cincinnati Bengals thanks to a game-winning drive. It was also the one time Rice won Super Bowl MVP, something he said he will cherish for the rest of his life.

The Pro Football Hall of Famer recounted that everything seemed to go silent for the 49ers when they had the ball with a chance to win it all. It was also Rice's time to play decoy, as Joe Montana found John Taylor for the game-winning score.

"We had the greatest quarterback ever in Joe Montana. We always called him 'Joe Cool,' and he came into the huddle and he squatted down and started to call the two plays, and once we broke the huddle everything went completely quiet," Rice recounted. "Towards the end, I was just like Denzel Washington or something like that. ... I was going for that Oscar man because everyone thought the ball was going to come to me! And (Montana) was able to hit John Taylor in the back of the end zone."

Rice is looking to make someone else's Super Bowl special this season, so he partnered with Marriott Bonvoy. They recently announced new Super Bowl packages that bring members up close to the biggest night in football using Marriott Bonvoy points earned through travel and everyday activities. Two new experiences have been added to the platform with Rice: a virtual Super Bowl LVI 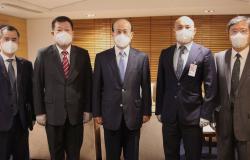 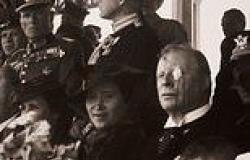