He may be elusive on the gridiron, but Cowboys running back Ezekiel Elliott has chosen to be anything but while addressing the media this offseason.

When asked about the 2021 season, Elliott acknowledged that his torn PCL limited his burst while hindering his overall effectiveness. He offered similar transparency this week when asked about playing in the preseason. The Cowboys' training camp includes joint practices against the Broncos and Chargers, two of the three teams Dallas will face in the preseason.

"I've been playing football 20 years," Elliott said, via Jon Machota of The Athletic. "This is my seventh year (with the Cowboys). I've seen a lot of football. I don't think I need a preseason game, especially with the joint practices."

While staying focused on the present, Elliott continues to have a big picture view of his career. He said Wednesday that he thinks he will play enough to reach the 10,000-yard rushing barrier, a mark that only 31 backs in league history have been able to hit. Elliott's career tally currently sits at 7,386 yards for an average of 1,231 yards per season during his first six seasons. Given his per-year average, Elliott may only need to only play another two or three years to reach the 10,000-yard mark.

If he can reach that mark, Elliott would become the third running back in franchise annals to reach 10,000 career rushing yards. The two Cowboys' backs to reach that total, Emmitt Smith and Tony Dorsett, are members of the Pro Football Hall of Fame. They also won a combined four Super Bowls while helping the Cowboys claim the unofficial title as "America's Team."

Elliott not only wants to join Smith and Dorsett in the 10K club, he also aspires to join them as a Super Bowl champion and Hall of Fame inductee. In fact, Dorsett's desire to reach 10,000 career rushing yards is aligned with his desire to one day earn a spot in Canton, Ohio.

"Obviously that's a goal, winning a Super Bowl, getting a gold jacket," Elliott said. "There's not many guys with gold jackets that didn't rush for 10,000 yards."

He's right. Of the 27 Hall of Fame-eligible backs with 10,000 career rushing yards, only 16 possess bronze busts and gold jackets. There are, however, several Hall of Fame running backs who did not reach 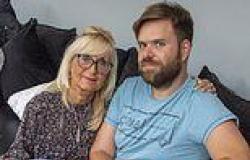 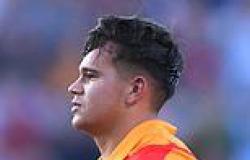