Everyone in Wales will be able to speak Welsh within 300 years, according to researchers - who say it is in 'no danger of dying out'.

The study, by a team from Canterbury University in New Zealand, say the number of speakers will steadily increase over three centuries but will be 'fragile' at first.

The team created a mathematical model to better predict just how vulnerable different languages are to dying out - or to surviving long term.

The team have been looking at the trajectory of two languages branded as vulnerable - Welsh and Maori - to attempt to predict which would survive. 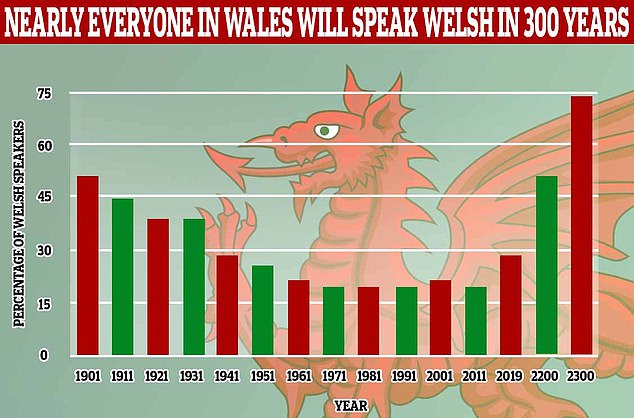 Almost everyone in Wales will be able to speak Welsh within 300 years, according to researchers, who say it is in 'no danger of dying out'

They say that Welsh is on course to thrive over the next 300 years - with almost all Welsh residents being able to speak the language by the 24th Century.

According to the 2011 census, Welsh is spoken by about 20 per cent of the population of Wales, although it could be up to 30 per cent if you take 2019 predictions from the Welsh statistics office.

“The model predicts that the revitalization efforts will be successful and, in the long term, Wales will have a majority of proficient Welsh users,” their paper says.

The team say there will be a gradual increase, with possible dips up and down in the short term, before the rate of speakers increases dramatically in the longer 200 to 300 year time frame. 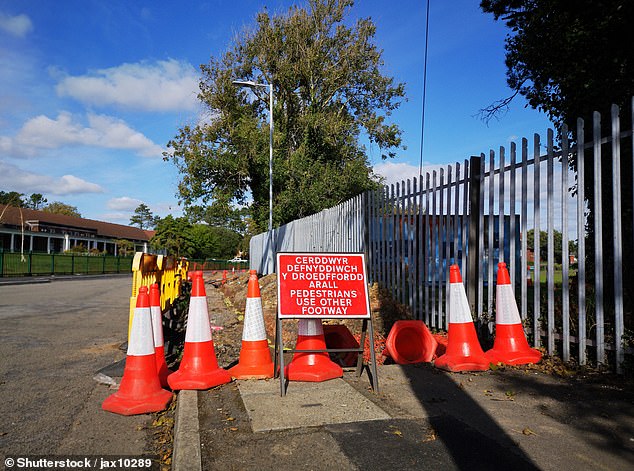 Street signs, official documents and education is bilingual with English and Welsh in Wales - part of measures designed to increase use and awareness of the language

'Despite the strong long-term trend, the initial revitalization period for the first 50–100 years is relatively fragile.

'This will be with continued minority status and slow rates of increase, and therefore potentially sensitive to changes in learning rates or intergenerational transmission.'

The team say that by 2300 about 74 per cent of the population of Wales will be proficient in the Welsh language.

This is in part because of measures to increase