This week Microsoft announced a new collaboration with Björk to create a series of musical compositions with a custom built artificial intelligence tool.

The AI will create dynamic new variations of Björk's original arrangements based on the changing weather patterns and position of the sun .

Called ‘Kórsafn,’ which means ‘choir archive’ in Icelandic, the composition will be played continuously in the lobby of Sister City, a hotel in New York's lower east side that opened in the spring of 2019. 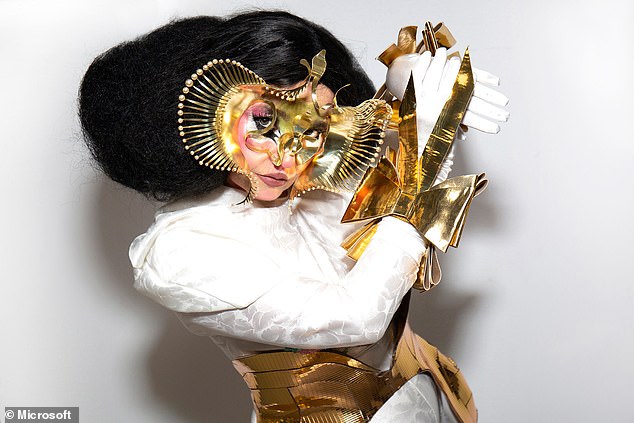 Björk has created a new AI-driven musical work, called ‘Kórsafn,’ which will play in the lobby of New York's Sister City hotel in the lower east side

Described as a ‘generative soundscape,’ the composition combines sounds and motifs from Björk’s personal of choir archives, which she has compiled over the last 17 years as a solo artist.

‘Kórsafn’ isn’t just a series of old sound files, however, Björk revisited her old set of recordings and notes and samples to create a series of new set of arrangements just for the project.

Her new arrangements were performed and recorded live in a studio session by the Hamrahlid Choir, one of Iceland’s most renowned vocal groups.

Microsoft's AI will pick up where Björk's arrangements leave off, creating an endless string of new variations with her work, in response to a live camera feed from the Sister City roof,

The music will dynamically adapt to sunrises, sunsets, and changes in

PREV If you bought Flywheel's home bike, you can trade it in for a free Peloton
NEXT Japanese engineering firm reveals high-tech torch for 2020 Olympic Relay