Goodyear has unveiled a bizarre concept car tyre that is capable of regenerating its own tread.

The reCharge tyre is designed to have a biodegradable tread and Goodyear claims it will be reinforced with fibres inspired by the ultra-strong spider silk.

Drivers would be able to recharge their tyres using a liquid capsule and inserting it into the centre of the wheel. 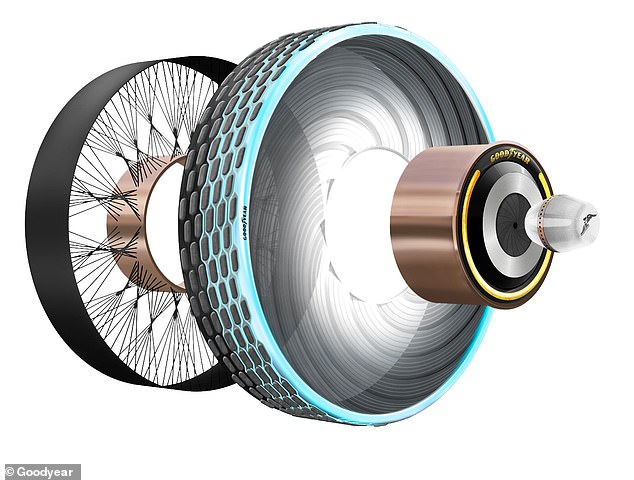 The reCharge tyre is designed to have a biodegradable tread and Goodyear claims it will be reinforced with fibres inspired by the ultra-strong spider silk. The capsule will be inserted directly into the wheel (pictured, the pod (far right) and how it fits into the tyre

The unusual tyre is currently just an idea that has not been created by the US-based firm.

It is unknown if it will ever be put into production but was set to be revealed at the Geneva Motor Show this week.

But the major event was cancelled amid growing fears of the coronavirus outbreak that has infected around 91,000 people worldwide.

Goodyear has instead announced the project via livestream. 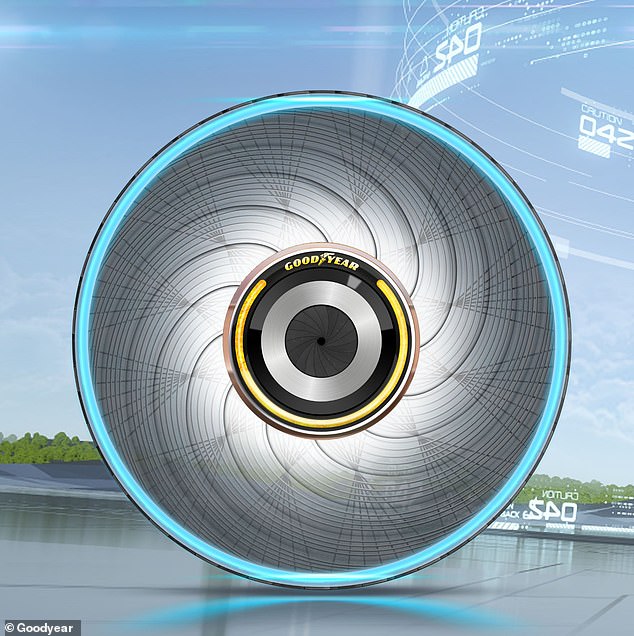 NEXT Swarm gets all the approvals it needs to begin operating its satellite connectivity service in the U.S.