Turns out not everything about mobile trading is convenient.

Popular investment app, Robinhood, which allows users to trade stocks without commission, is in hot water after its app crashed during one of the biggest market surge in more than a decade.

The company, which is currently valued at $7.6 billion, says that a flaw in its 'infrastructure' caused the issue which made users unable to sell or buy stocks for 17 hours in total.

Expounding matters was the fact that markets, particularly the Dow Industrial Average were in the middle of a rebound after taking a hit last week. 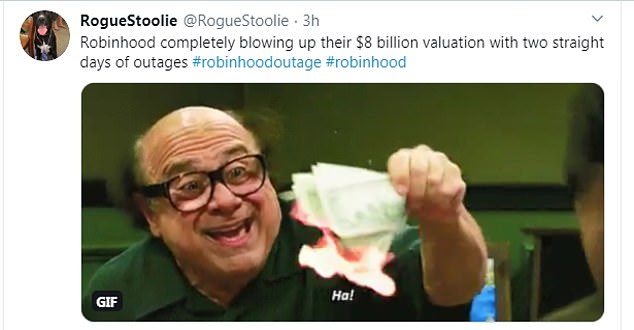 As noted by disgruntled users on Twitter, this left many patrons of Robinhood on the sidelines for major gains on Monday when 1,300 points.

In response, Robinhood apologized to users and assured them that none of the funds in their accounts or their personal information was affected.

'We’re reaching out to let you know that Robinhood is currently back up and running. We want to assure you that your funds are safe and personal information was not affected,' wrote Robinhood in a statement to its users.

'When it comes to your money, issues like this are not acceptable. We realize we let you down, and our team is committed to

PREV Microsoft disables Xbox gamerpic uploads to help its moderators
NEXT Asteroid the size of Mount Everest set to fly by Earth next month - but is not ...