Tinder is going all-in on a slew of new video features.

According to The Verge, Tinder has confirmed that it is testing out a new video feature that will pit users against one another in a game of live-streamed trivia.

While the details of how the game will work are sparse, screenshots obtained by The Verge suggest that the trivia game will be live and may even include a chat feature in which a 'live audience' can watch along. 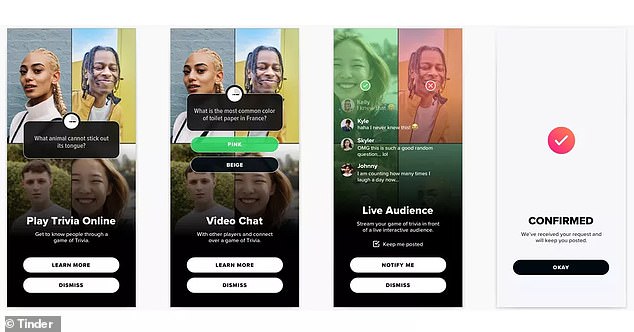 Tinder is testing out in-app trivia (pictured) that will pit users against one another. Its unclear what exactly the game will consist of our how it will help match Tinder users