Taking up vaping increases the likelihood that young people will end up smoking traditional cigarettes daily by three fold, a study has warned.

US researchers studied data on the evolving tobacco product use of a nationally representative sample of young people aged between 12–24 over four years.

The team found that — among those who experimented with tobacco usage — the number of daily users increased with age through to 28 years old.

Experimenting with tobacco at a younger age and trying out multiple products — cigarettes, cigars, pipes, etc. — increases the risk of addition, the researchers said. 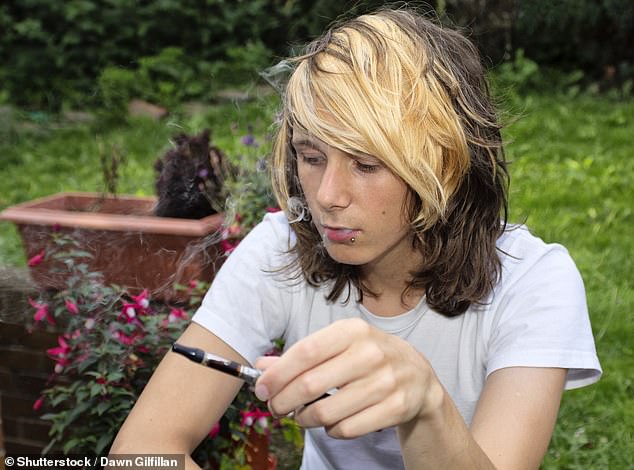 Taking up vaping increases the likelihood that young people will end up smoking traditional cigarettes daily by three fold, a study has warned. Pictured, a teenage boy vaping

'E-cigarettes are a gateway for those who become daily cigarette smokers,' said paper author and oncologist John Pierce of the University of California San Diego.

'When users become dependent on nicotine, they are converting to cigarette smoking,' he added.

In their study, Professor Pierce and colleagues analysed data collected by the so-called Population Assessment of Tobacco and Health (PATH) study, which recruited a nationally representative sample of 12–24-year-olds in the US between 2013–2014.

Each participant was interview annually over four years to explore how used of different tobacco products might progress from experimentation to daily use.

In the first year of the study, 45 per cent of those polled reported having used at least one tobacco product in their lifetime — a figure that increased to 62 per cent by the fourth year of the annual surveys.

Of those participants who experimented with tobacco, 73 per cent reported trying cigarettes and 72 per cent tried vaping.

Meanwhile, more than half said that they had experimented with cigarillos or hookahs — while just over ten per cent tried pipes, traditional or filtered cigars and smokeless products like chewing tobacco or snus.

The team found that only one per cent of those who experimented with a single tobacco product progressed to smoking cigarettes daily — but this figure rose to 15 per cent among those who tried out five or more different forms of tobacco.

By the four year of the study, 12 per cent of those polled were using tobacco products daily — with half having becoming daily users after the first year.

Of these, 70 per cent smoked cigarettes daily — with the majority, at 63 per cent, using cigarettes exclusively, while half

PREV Lynx could be reintroduced to Scotland for the first time in 500 YEARS to ...
NEXT Wattpad, the storytelling platform, is selling to South Korea's Naver for $600 million 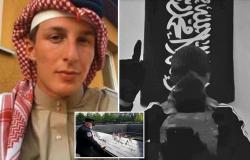