Jeremy Hunt is calling for more money to be spent on the Royal Navy amid rising Iranian aggression in the Gulf - after it was forced to intervene when a British oil tanker was 'harassed' by the revolutionary guard on Wednesday.

The Foreign Secretary has said more warships and carrier-based jets are needed to deal with tensions in the area, arguing that 'boosting our hard power is the surest way to keep Britain respected overseas.'

It comes as the United States and its allies discuss plans to provide naval escorts for oil tankers through the Gulf, after three Iranian vessels tried to impede UK-flagged tanker British Heritage as it made its way through the Strait of Hormuz.

HMS Montrose, which was in international waters, placed itself between the gunboats and the tanker and gave the Iranians a verbal warning to back away before training its 30mm deck guns on them.

The Revolutionary Guard boats dispersed and the BP-owned tanker, British Heritage, carried on its way with the heavily armed warship following in escort. 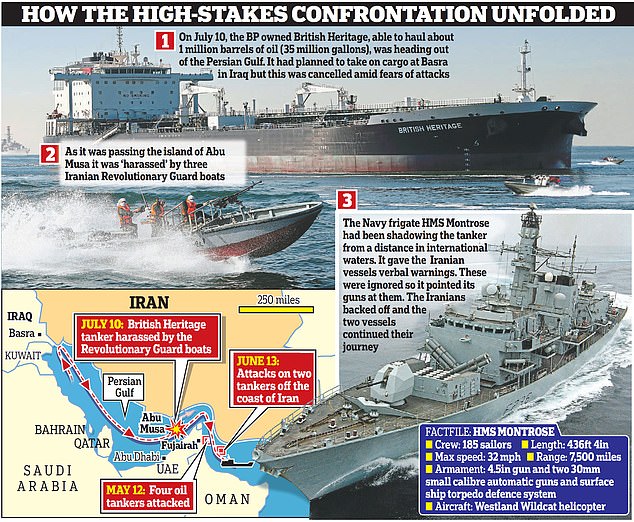 The British government said HMS Montrose, a Type 23 frigate, positioned itself between the Iranian boats and the tanker and ordered them to back down 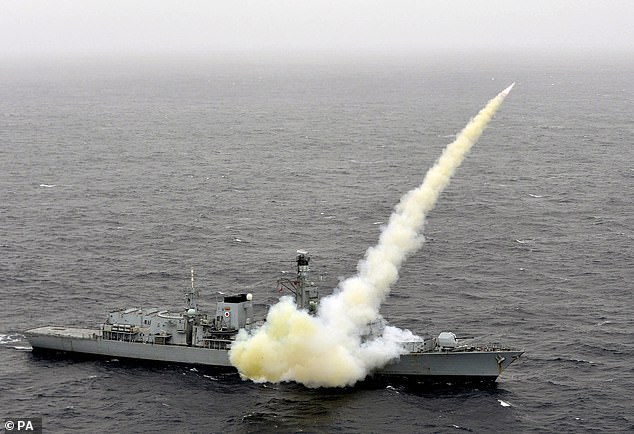 The HMS Montrose (pictured firing a missile on exercise in 2013) was said to have trained its guns on the Iranian vessels, before they backed off without a shot being fired 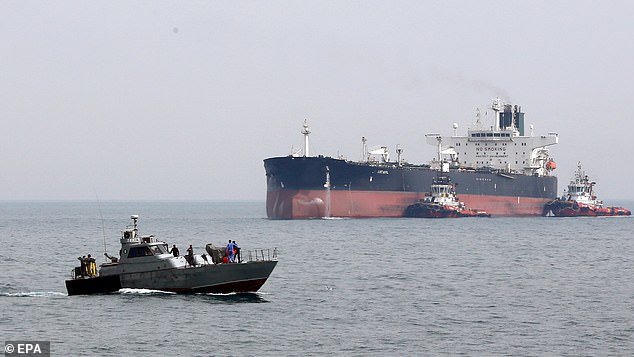 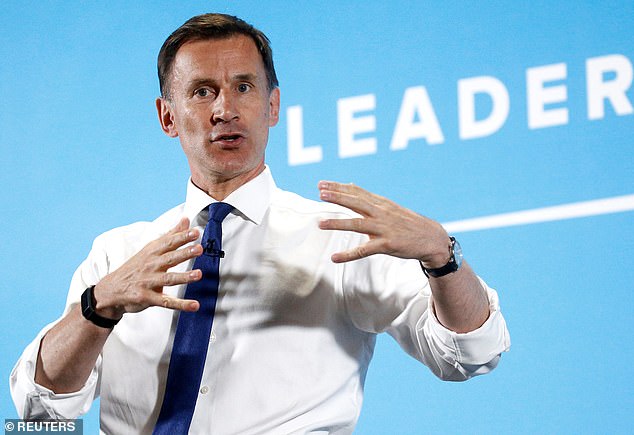 In the wake of the incident, Jeremy Hunt (pictured today) said the Royal Navy has been 'run down too much' and that the recent incident was yet more evidence that more warships are needed

In the wake of the incident, Jeremy Hunt told The Daily Telegraph that he believes the Royal Navy has been 'run down too much' and the recent incident in the Persian Gulf was yet more evidence that more warships are needed.

He said: 'We should be honest about the situation our armed forces are in. As many former defence chiefs have warned, we have been underspending for a while on ensuring our capabilities are up to 21st-century conflict.'

He added: 'When you look at this week’s events it shows that in recent decades we have run down the Navy too much. Our current commitment is for 19 destroyers and frigates, supported by excellent offshore patrol vessels.'

Mr Hunt, who has made increasing defence spending a key pledge in his Tory leadership bid, also tweeted in the wake of the incident, saying the incident 'shows exactly why we must invest more in defence'.

He said: 'We have run down our Navy too much and this must now be urgently reversed. We need to show confidence in the world by putting our money where our mouth is!' he said.

'What is first duty of Government? To keep its citizens safe. Not possible if we continue to under-invest in our armed forces. Time to put things right and show the world we are a country that will always fight for our values.'

Wednesday’s incident comes just days after Royal Marines boarded an Iranian oil tanker in Gibraltar and detained it on suspicion it was breaking EU sanctions by taking two million barrels of crude oil to Syria.

Iran subsequently vowed it would get revenge by seizing a British vessel, with president Hassan Rouhani saying: ‘You [Britain] are the initiator of insecurity and you will realise the consequences later.’

Mohammad Jazayeri, a member of the powerful Assembly of Experts clerical body, said on Saturday that Britain ‘should be scared of Iran’s retaliatory measures’.

Wednesday’s incident, which came amid escalating tension between Iran and the West, prompted high-level talks in Whitehall as to whether Britain should send more warships to the region because HMS Montrose is unable to escort all UK vessels through the Strait of Hormuz, the narrow Gulf passage between Iran and Oman. 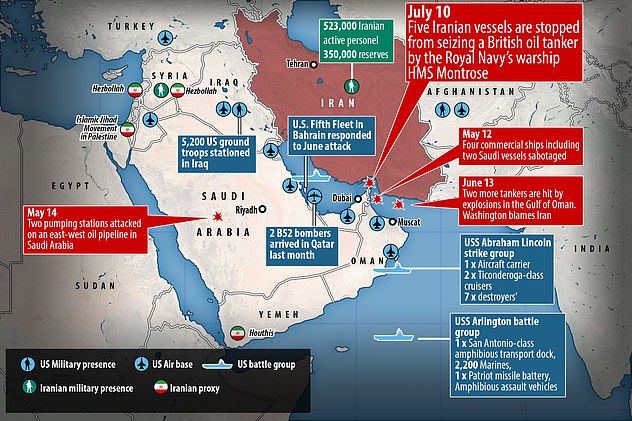 Tensions around the Persian Gulf have been ratcheting up since the US tore up a nuclear pact signed with Iran last year, but have reached fever-pitch since a series of attacks on oil tankers