Incredible sight as a diver swims around a giant 10-armed squid’s egg sac containing hundreds of thousands of babies Ronald Raasch and Nils Baadness were diving outside Ørsta in Norway last week Were swimming back after visiting a WWII shipwreck and made the discovery Being part of REV Ocean research group, they identified mystery shape easily The transparent squid egg sac was drifting 15 metres above the ocean floor They reveal thousands of tiny flecks which are squid babies, with their torches

By Phoebe Eckersley For Mailonline

A diver has been captured swimming around a 10-armed squid egg's sac containing thousands of babies.

Ronald Raasch, 48, and Nils Baadness were diving with his team-members from the research vessel REV Ocean outside Ørsta in Norway when they discovered the mysterious shape floating 17 metres below the surface.

The group were swimming back after visiting a WWII shipwreck 200 metres from the coast, on October 5. 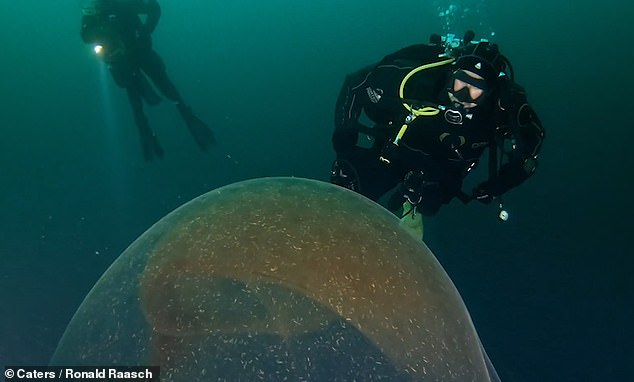 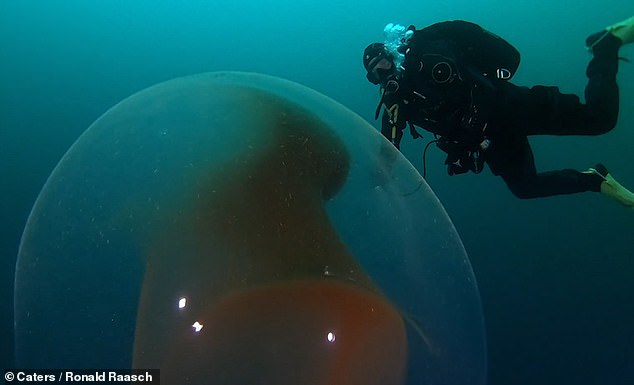 They were swimming back to shore after visiting a WWII shipwreck 200 metres from the coast, when they