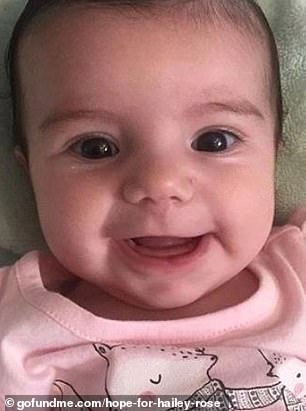 Baby Hailey Rose Bannister died on December 2017 as a result of a head injury. Her parents have been charged in relation to her death

A New Jersey police officer and his wife have been indicted by a grand jury over the death of their three-month-old baby girl.

An autopsy later revealed her death was the result of 'blunt impact trauma' to her head.

On Friday, her parents faced indictments handed down by a Mercer County grand jury.

Both had previously been charged with child endangerment after her death.

According to authorities, the couple are accused of repeatedly abusing their daughter throughout her short life.

Emergency services had found the baby girl unresponsive at her Ewing Township home on December 5, 2017, after Catherine Bannister, a kindergarten teacher, called 911 to report baby Hailey was having trouble breathing.

On arrival paramedics found the little girl was not breathing; she was in cardiac arrest and had a fractured skull and ribs. She was taken to hospital in a critical condition where she later died, on December 13.

Police investigators deemed there were suspicious circumstances behind her death.

Subsequently, her father was suspended from his job as a homicide detective pending the investigation into his daughter's death, before being arrested, charged with her murder and jailed in July 2018.

Ms Bannister, was charged with second-degree endangering the welfare of a child, but at this month's grand jury was handed the heavier charge of second-degree reckless manslaughter. 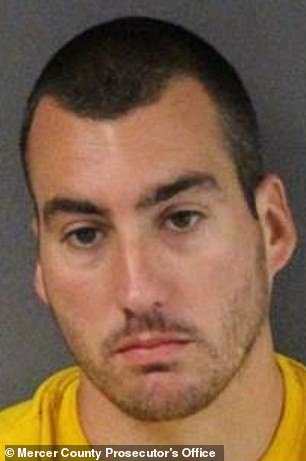