A third lion pride has been brutally butchered in a month in South Africa by evil poachers who hacked off their heads and paws and stole them to be used to make black magic potions.

Distraught owner Menno Parsons, 46, broke the news that his male lion Tau, 10, and four lionesses had been fed chicken carcasses laced with poison causing them an agonising death.

Menno - one of the top air display pilots in South Africa - owns Sunward Ranch which provided lion experiences for underprivileged children near the town of Brits in Limpopo Province. 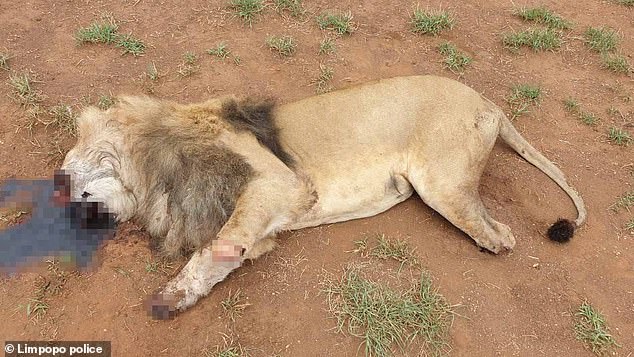 Butchered lion Tau, 10 , from Sunward Ranch, South Africa, with its paws and jaws hacked off. 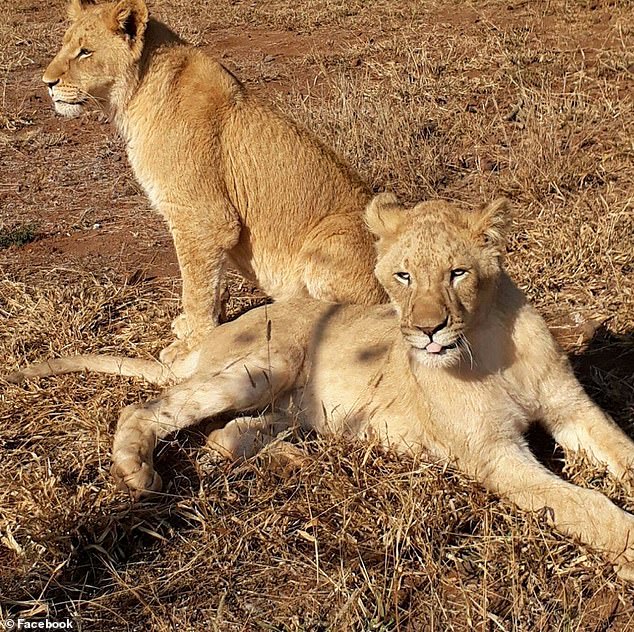 Two of the poisoned lionesses from Sunward Ranch, South Africa. 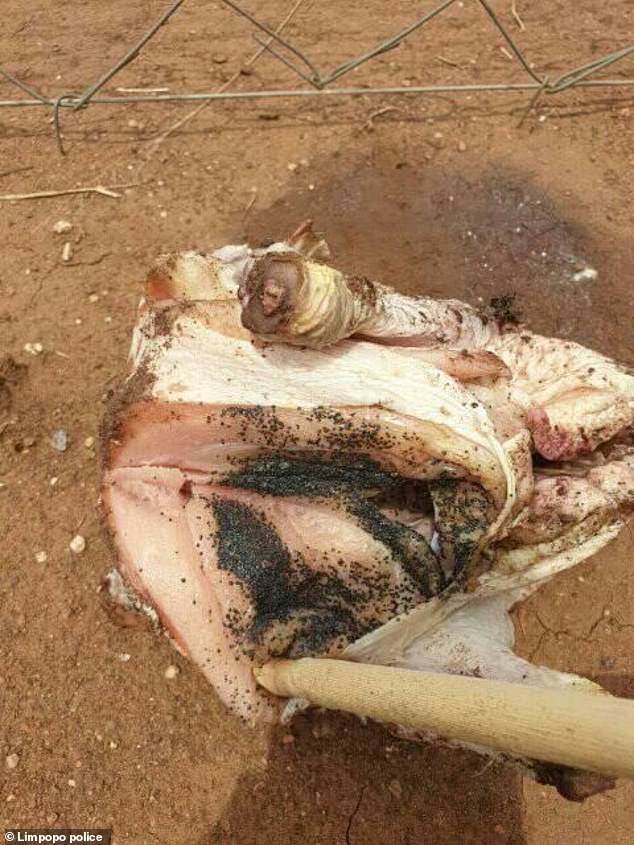 On Tuesday night a gang of poachers threw poisoned chickens over the two electrified fences and waited for the predators to eat them and suffer for up to 30 minutes until all his five lions were dead.

Then they cut their way through the fences and using machetes hacked off the heads or jaws of the majestic lions to steal their teeth and hacked off 20 paws and stole them for use in “muti”.

Traditional witch doctors or healers use the body parts to make potions known as "muti" for local customers or the body parts are smuggled to the Far East and sold for vast amounts to dealers.

Divorced father-of-three Menno said : “When you get the phone call telling you that your lions have not just been killed by poachers but have been butchered I tell you nothing prepares you. 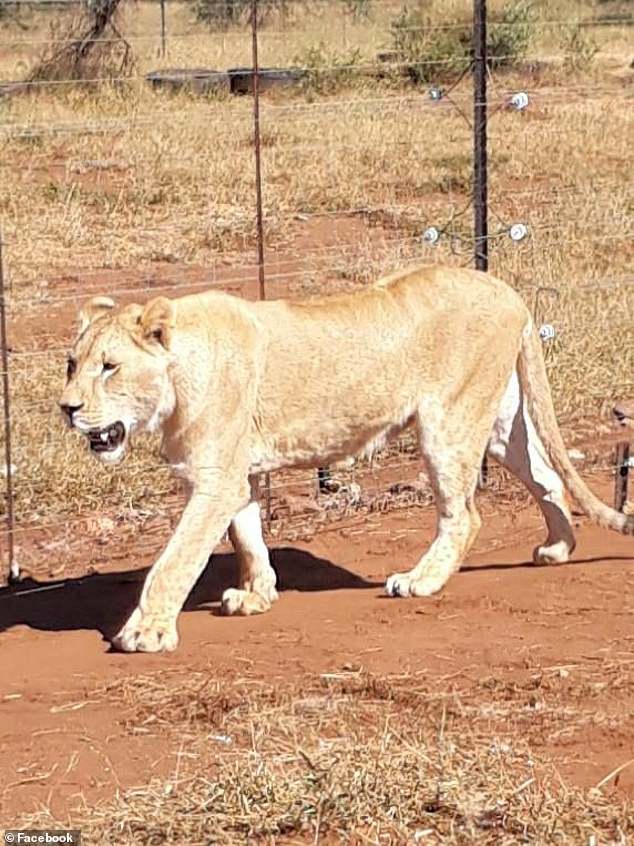 One of the four poisoned lionesses from Sunward Ranch, South Africa. 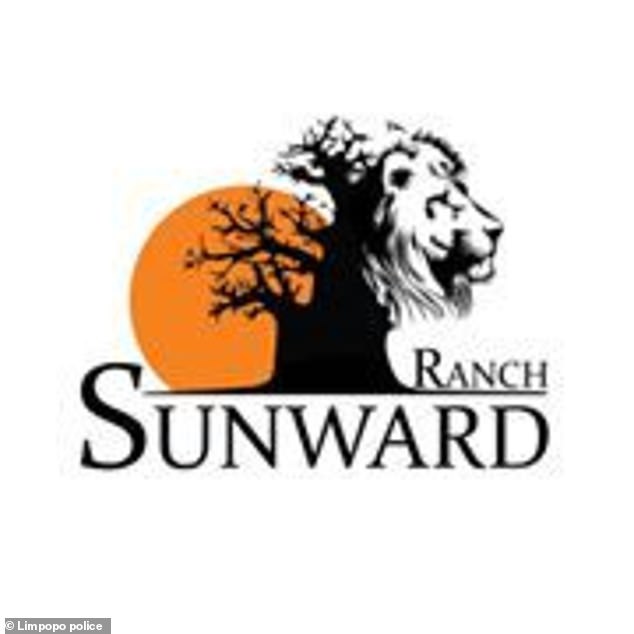 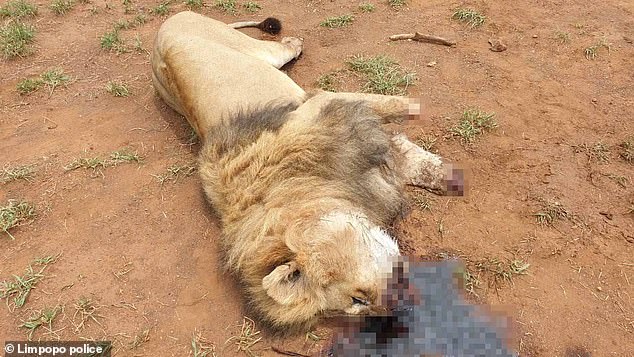 Butchered male lion Tau, 10, from Sunward Ranch, South Africa, with its paws and jaws hacked off

“I fly helicopters on anti-poaching patrols and go after poachers who are on the run to help out the police and security agencies but you never actually expect it is going to happen to you.

“I have looked after lions for 10 years and they are like a family to me. I am not afraid of these poachers and I have got guys with me and we will be going out there looking for them” he said.

Along with head of the pride Tau, 10, his four lionesses were killed sisters Tana and Jade, both 5, and Zuri and Nala, both 3.

The animal park owner also flies a World War 2 P51 mustang and a Douglas DC3 airline and two Huey helicopters and is one of the most popular and experienced air display pilots on the SA circuit.

He said: “I give something back by providing children’s camps at Sunward Ranch for kids who have had it tough and it is aimed at underprivileged children or orphans or kids that have difficulties in life.

“It is an adventure camp and part of the experience is for them at the end to meet the lions and learn about them and understand the difficulties they have experienced but that they never ever gave up.

“It is a message I pass on to the kids but these evil people have come in and taken that all away from these children“ he said.

He says there appears to be a link between lion farms being audited and then attacked and is calling on the police to step up their efforts to crack the link and arrest the gangs responsible for the attacks.

PREV Woman on rollerblades dies after she is struck by speeding car that split in ...
NEXT Former Belgian-Nicaraguan political prisoner calls for probe into Ortega government

Pensioner, 74, was left lying on the floor for five hours while waiting for ...