Flights in and out of Gatwick Airport and Eurostar train services will both be hit by French industrial action for FIVE days starting tonight Workers in France are striking from tonight in widespread protests over pensions The impact on French transport networks is expected to knock on to the UK Eurostar, Gatwick and British Airways have all warned passengers today

By Richard Spillett for MailOnline

Air passengers and Eurostar travellers are being told they could face disruption for the next five days due to nationwide strikes in France.

Workers in most sectors in France are planning a walk-out this evening in protest at President Emmanuel Macron's plans to overhaul the retirement system.

Transport routes are expected to be hit, with knock-on problems for some services in the UK. 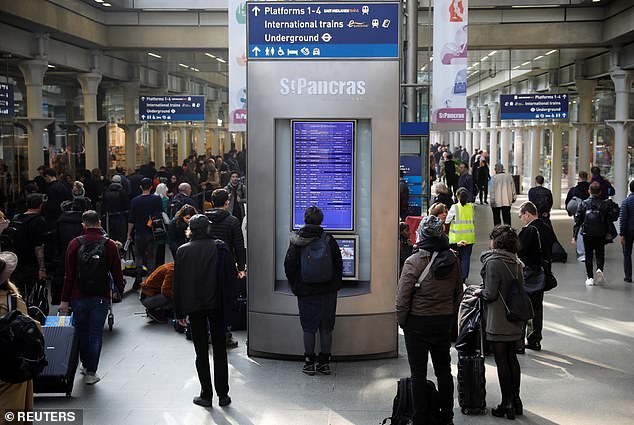 Eurostar released a statement saying: 'The strike action will impact our ability to deliver the usual timetable as we expect disruption to signalling along all routes. As a result, we will now run a reduced timetable from the 5 until the 10 December.

'Should you choose to travel between the 5 December and 10 December, we would ask you to check the likely impact for your journey, including any onward connection, before making your exchange.'

Meanwhile Gatwick Airport tweeted: 'Industrial action in France from 18:00 on Weds 4 December to 06:00 on Sun 8 December may impact some flights to and

sport news Spanish press round on Barcelona after their crushing 8-2 defeat at the hands ...