Off the hook! Determined driver hits the gas and breaks car free of tow truck in bizarre ‘tug of war’ on a Memphis street Red Kia accelerates against tarmac, denting its sides and scratching paintwork  Driver was attempting to break free of the tow truck in Memphis, Tennessee Tow truck may have arrived to repossess the Kia due to late payments

This is the moment a driver misses a pedestrian by inches, dents his car and scratches the paintwork as he breaks free from a tow truck in a bizarre 'tug of war'.

Footage shows smoke rising from the red Kia's tyres as it accelerates against the tarmac before escaping from the tow truck's claw in Memphis, Tennessee.

The tow truck may have been attempting to repossess the Kia, which can happen due to the owner being behind on payments. 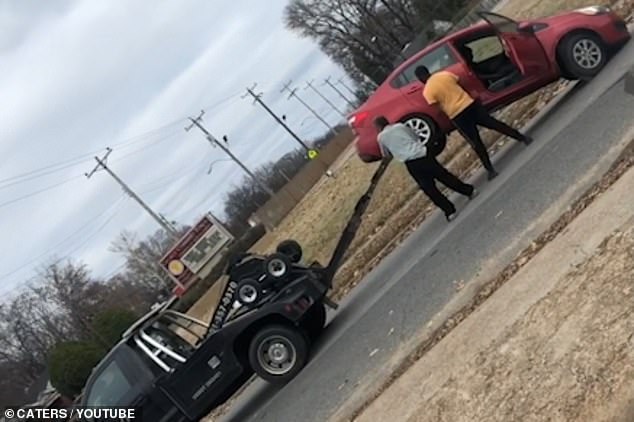 This is the moment a driver burns his tyres, dents his car and chips his paintwork while trying to escape from a tow truck in Memphis, Tennessee 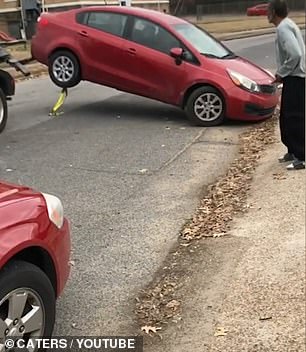 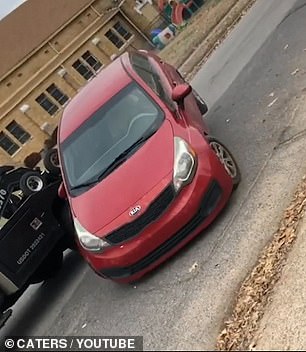 At one point the red Kia skids to the right, almost hitting a