Dangerous smoke choking Sydney could be causing long-term damage even to healthy people, with experts warning it will only get worse if climate change isn't tackled.

Thick, grey smoke has blanketed the harbour city and its outer suburbs for weeks as bushfires range on in the north, south and west of NSW.

In November, the city recorded 15 days of poor air quality and on Tuesday the levels of ultra-fine PM2.5 particles, small enough to enter the lungs and bloodstream, were more than 10 times the accepted safety level.

Hospitals have recorded a 30 per cent increase in admissions, indoor smoke alarms are being triggered and students are spending less time outside during recess and lunch breaks. 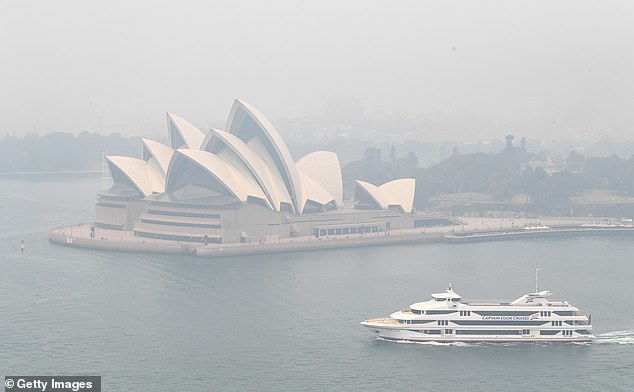 On social media, Sydneysiders continue to share images of the burning-orange sun, shrouded in haze, while many others complain about tasting and feeling a burning sensation in their throats.

People with lung or heart conditions, the young and old have been advised to stay indoors, but experts say healthy people should also be concerned.

'There are a number of long-term health impacts from air pollution and particularly high levels of PM2.5 which is what we're seeing in Sydney,' University of Melbourne's Dr Gabriel da Silva, an atmospheric chemistry expert, told AAP. 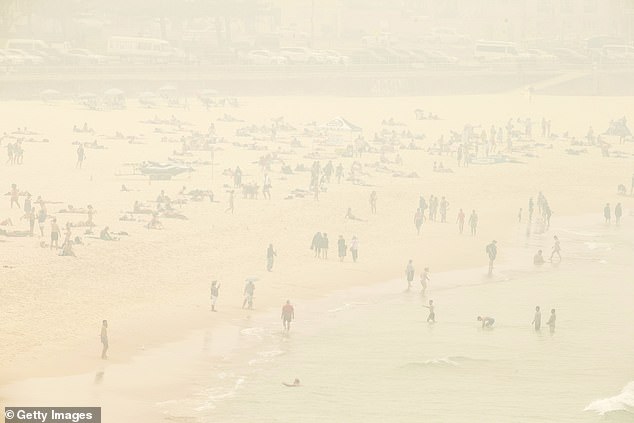