Scott Morrison saw in the new year by hosting a party where guests got unobstructed views of the $6.5 million fireworks display from Kirribilli House.

Family and close friends gathered at the Prime Minister's home on Sydney's North Shore on Tuesday night to see in the new year, 10Daily reported.

The mood was reportedly 'sombre' as they watched as the sky lit up with the controversial New Year's Eve event.

Many people were outraged when they heard the prime minister was celebrating when so many people across the country were suffering due to the bushfires, which have claimed 13 lives and destroyed thousands of homes. 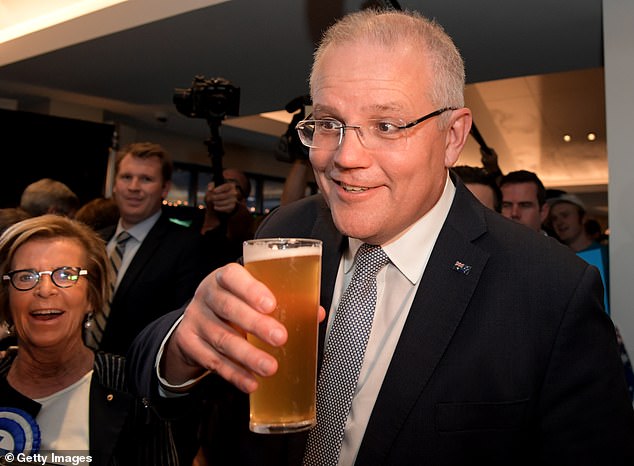 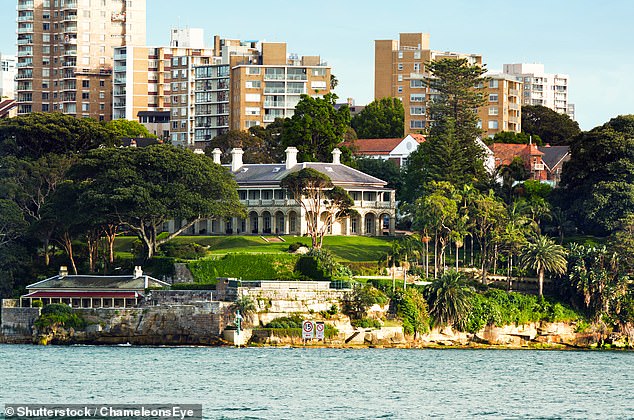 Family and close friends gathered at Kirribilli House on Sydney's North Shore (pictured) on Tuesday night, where they got unobstructed views of the controversial fireworks display

'Scott Morrison and Jenny holding a party at Kirribilli House tonight to watch the fireworks is significantly more tasteless than the actual New Year's Eve fireworks themselves,' one person wrote on Twitter.

'I'm happy to sit on the fence about fireworks, but I'll never forget that Scott Morrison is holding a party at Kirribilli House tonight. I hope there's some fireworks aimed straight at the bastards.'

However, some people jumped to the Prime Minister's defence, saying he was allowed to have a bit of fun.

'For goodness sake, all you ruined the poor mans Hawaiian holiday andnow you're upset about a NYE party at Kirribilli House,' wrote one supporter.

'Not having either isn't going to miraculously make the fires go out, I'm mean he's a Christian but he's not Christ The Saviour.'

Sydney was illuminated in a $6.5 million New Year's Eve firework spectacular despite calls to cancel the event amid devastating bushfires.