A double murder probe is underway after a mother-of-three was killed alongside her new partner in the early hours of New Year's Day - just months after leaving her headteacher husband and 'getting her life back together'.

The female victim – named locally as PE teacher Helen Almey, 39 – was found dead at the home she once shared with her estranged spouse Rhys Hancock, also 39.

A man, believed to be her new partner but who has not been named, also died at the property in the upmarket village of Duffield, near Derby.

Someone was heard screaming from the house: 'They're dead! They're dead! What have you f******g done?" at about 3am before the police arrived.

A former neighbour said she separated from her husband Rhys in 2019 and they have three children under ten.

He said: 'She was a lovely girl, just lovely. The marriage was on and off. Then last year she plucked up the courage to kick him out for good. Then about six months ago she started seeing this guy, she was really getting her life together. I know Rhys turned up at the house at Christmas.'

Helen's 39-year-old husband was made headteacher of a school in Long Eaton, Derbyshire, last May but is believed to have since left.

A grey Seat had been abandoned in the middle of the street with its driver's door open. It was later taken away by police and is believed to belong to Mr 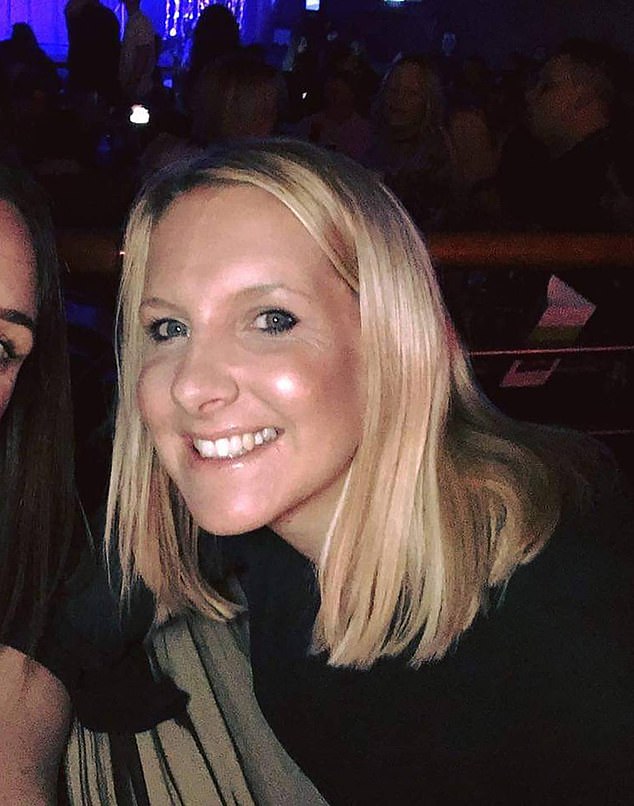 Victim: Mother-of-three Helen Almey (pictured), 39, was killed alongside her new partner in the early hours of New Year's Day

Estranged: Helen Almey was found dead at the home she once shared with her estranged headteacher husband, Rhys Hancock (pictured together)

The neighbour added: 'I don't know too much about him [her new partner] but I think they met through some sports club. She loved netball and keep-fit and was a keen runner.

Police had been called to the scene at 4am. Paramedics arrived shortly afterwards but could do nothing to save the two murder victims.

Neighbours said Miss Almey, who had reverted to her maiden name, had recently started a relationship after separating from Mr Hancock, the father of her children, aged nine, seven and four.

The youngsters are not thought to have been in the house at the time of the attack.

Last night neighbours spoke of their horror at the double murder.

Miss Almey, a graduate of Loughborough University, was well-known in the community and helped out with the neighbourhood watch and played for local sports teams. 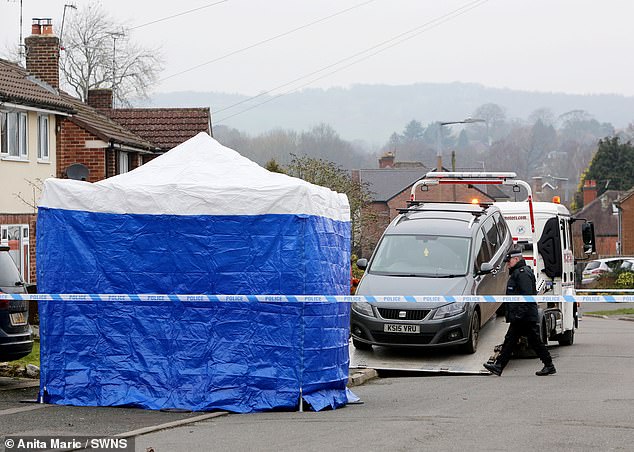 Investigation: A double murder probe was underway yesterday in Duffield after police had been called to the scene at 4am.

Another neighbour, who did