Prince Harry and Meghan Markle's sudden decision to quit the royal family has been met with disbelief on social media.

The move, which has been dubbed Megxit, has split fans, with some hailing the couple for stepping back from the family - though others have criticised them.

Several slammed Meghan over the move, with one saying: 'Meghan Markle has ruined the royal family.'

Another said: 'Meghan Markle has ruined Prince Harry. Now separating him from his family.'

Others were more supportive of the decision.

One said: 'Harry worries and cares for Meghan. He just wants to protect her. Remember he lost his Mum, he doesnt want to lose his wife.'

A second commented: 'Harry and Meghan don’t need to be in the Royal Family they can survive on their own. They seem so happy together why put up with all the royal stuff when you can just go live your life how you want.' 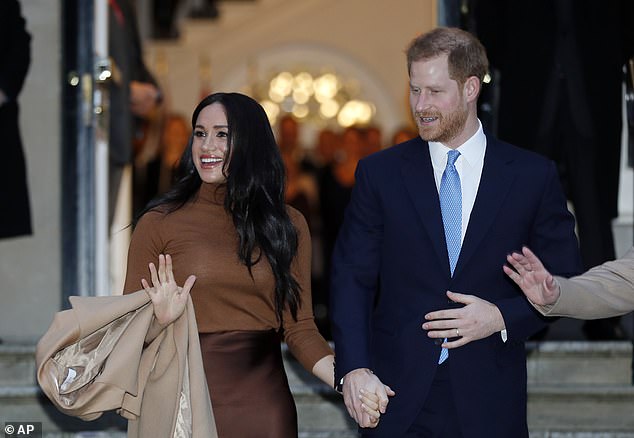 The Duke and Duchess (pictured, yesterday at Canada House in London) were said to be looking at making the move across the Atlantic where they would be based for a significant part of the year. Rumours abounded before they confirmed this evening that they would be splitting their time between the UK and North America

The couple's move follows weeks of speculation about their future after they took an extended break from royal duties over the festive period that followed an emotional appearance in a documentary.

After the announcement, Harry was also the target of the ire of some royal fans.

One said: 'Harry was the most popular royal before she came around, his mother wanted he and his brother to be the new modern royal family.

'Instead Harry is going to become a paid celebrity, paid to attend parties , vacations, talks, by rich billionaires.'

Another said: 'Harry will know he's made a mistake. He's turned his back on duty and his family, not least his grandmother.'

While a third commented: 'Harry is weak. she runs him and making him to turn his back on his family. He's turned into a Hollywood elitist.'

But others jumped to his defence, praising him for the decision and for protecting Meghan and baby Archie.

One fan said: 'This was inevitable but I’m glad to see this, that Harry in partnership with Meghan would be willing to take this step to protect his family.' 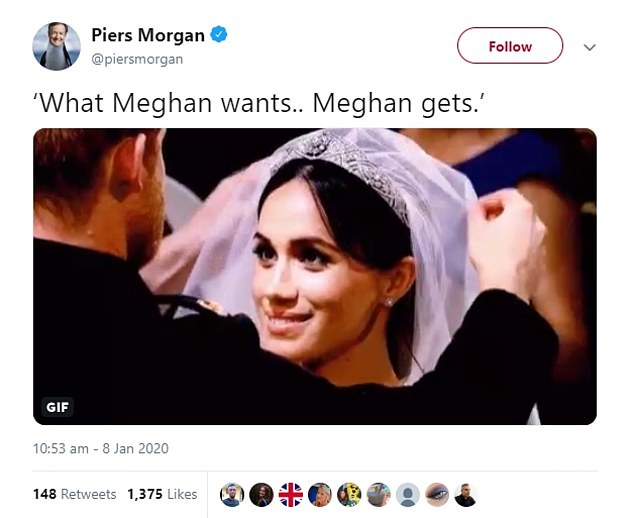 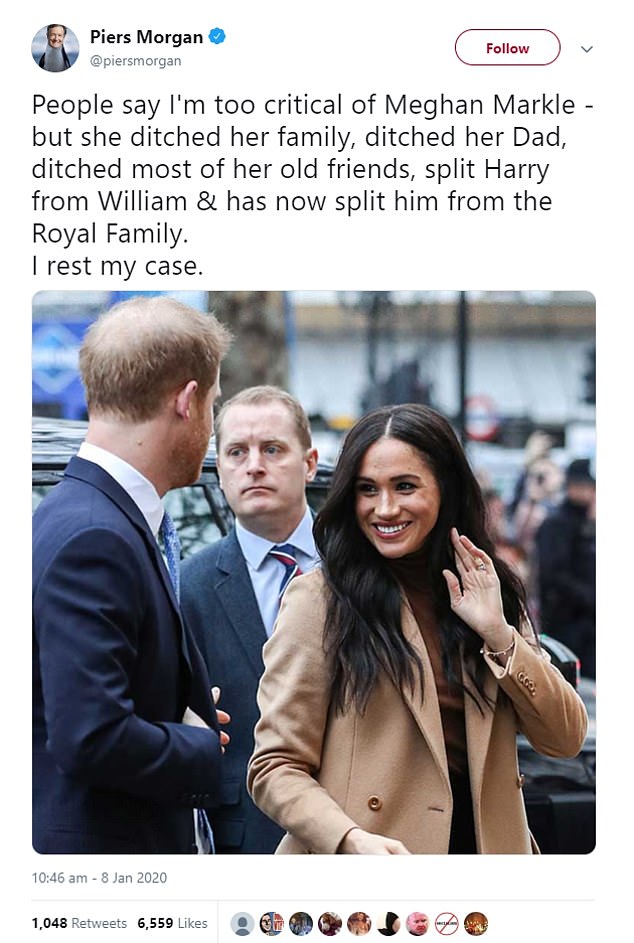 A second added: 'He never loved the Royal life, he loved his work once he discovered his niche. But if you followed Harry before, you know this sounds exactly like him. Now he has something to protect and I believe he is happy.'

health care Apple and Microsoft representatives are set to join a meeting on Monday ...