Prince Harry and Meghan Markle want to STAY at Frogmore Cottage after taxpayer-funded £2.4m renovation (but could have to pay RENT) and they want to KEEP £650k-a-year security   The public paid £2.4 million to fund a renovation of Frogmore Cottage last year The major work included replacing some defective ceiling beams and floor joists Harry and Meghan are stepping back from duties but want to keep the cottage  In their announcement, they suggested permanent home could be elsewhere

By Sam Greenhill Chief Reporter For The Daily Mail

Despite stepping back as frontline royals, Harry and Meghan have decided to keep Frogmore Cottage.

The public paid £2.4million to fund a renovation of the Grade II-listed property near Windsor Castle. And the couple announced last night they wanted to keep it so they would have 'a place to call home in the United Kingdom'.

The phrasing raised the prospect that their main home will come to be regarded as being elsewhere, perhaps Canada.

It was decided taxpayers would help Harry and Meghan pay for Frogmore after the newlyweds eschewed their home in the grounds of Kensington Palace, wanting a place of their own.

Last night sources told The Times newspaper that the couple could be forced to pay rent to the Queen, who had previously gifted them the property. 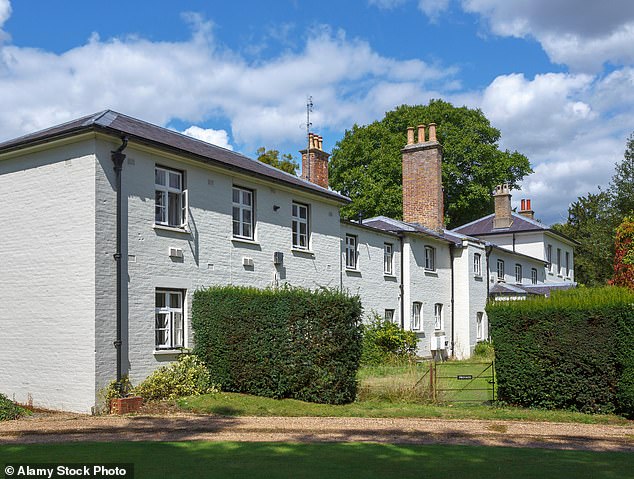 Last night, a statement on the official Royal Sussex website said: 'The Duke and Duchess of Sussex will continue to use Frogmore Cottage – with the permission of Her Majesty The Queen'

Royal accounts show £2.4million of taxpayer money has been ploughed into renovating