Bushfire-hit children who have received $400 cash disaster recovery payments will get a further $400 under a plan announced by Prime Minister Scott Morrison on Wednesday.

Mr Morrison revealed a series of changes had been made to a number of schemes, including the child payment, as the government sought to simplify and improve the way the help is being rolled out.

Before the announcement, welfare groups had voiced concerns the level of the payment had not been increased in 14 years. 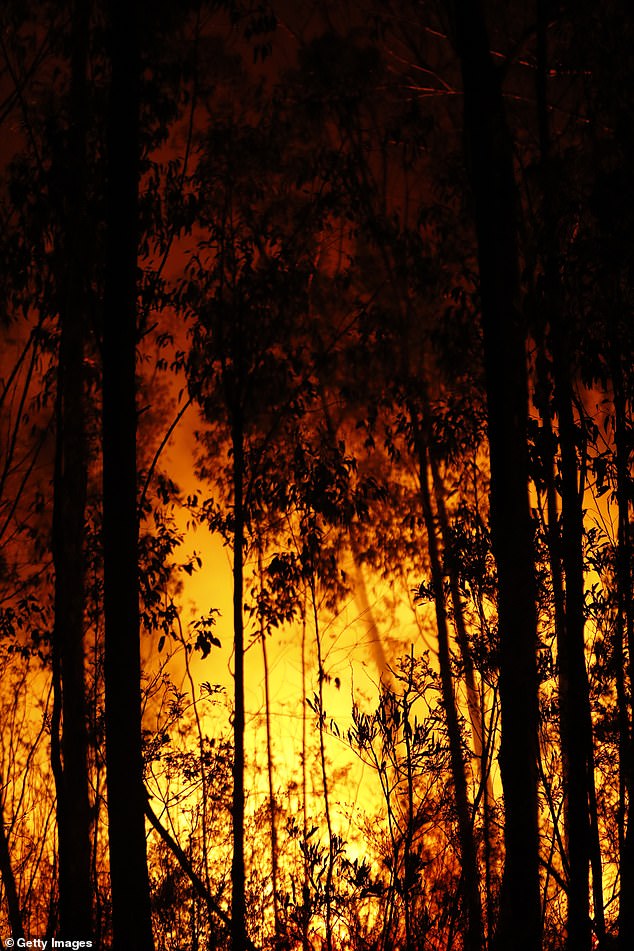 Bushfire-hit children who have received $400 cash disaster recovery payments will get a further $400 under a plan announced by Prime Minister Scott Morrison on Wednesday. Fires at Mallacoota in Victoria are pictured

'Right now it is all about focusing on the basics people need,' Mr Morrison told reporters in Canberra.

He said families would not need to reapply to receive the extra payment, which would be rolled out from next Monday.

As well, the process for applying for payments to volunteer firefighters who have foregone income to help tackle the blazes would be simplified.

Firefighters would not need to substantiate their income losses in applying for up to $200 a day, capped at a total of $6000.

However if they were seeking above $200 a day, up to $300, they would still need to substantiate the claim with a pay slip or other information.

Disaster recovery grants of up to $75,000 for farmers have also been tweaked, with the program set to cover