By James Mills for MailOnline

Hundreds of marauding monkeys sparked a mass exodus from an Indian village after they destroyed crops and looted homes.

Around 20 families packed up and moved away after being plagued by more than 400 macaques who roam the village of Narasapuram.

Farmers have also been forced to move to neighbouring villages to work as labourers on other farms after their crops were ruined.

The problem started around 15 years ago when a troop of monkeys were kicked out of the neighbouring city of Hyderabad by poachers and abandoned nearby. 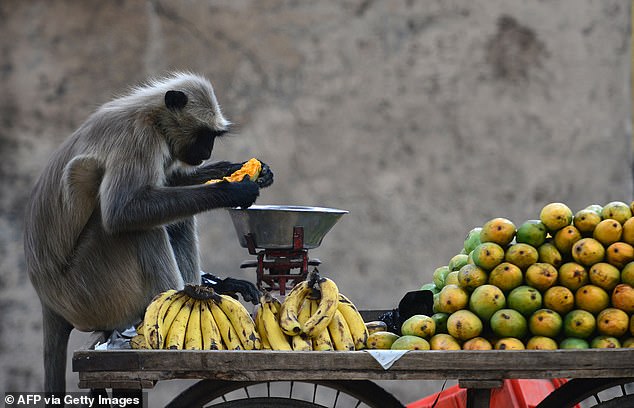