The son of a dead California scientist, whose head was cryogenically preserved, has been accused of fraud by the company appointed to carry out and preserve the remains.

Scientist and cryonics enthusiast Laurence Pilgeram agreed to pay Alcor Life Extension Foundation $120,000 to cryogenically preserve his body at a temperature of -196 degrees, until such a time when technology would be able to bring him back to life.

But his son, Kurt, was said to be stunned in April 2015, a month after his father's death, when a package arrived at home said to be containing his father's ashes despite his father having asked for his entire body to be preserved. 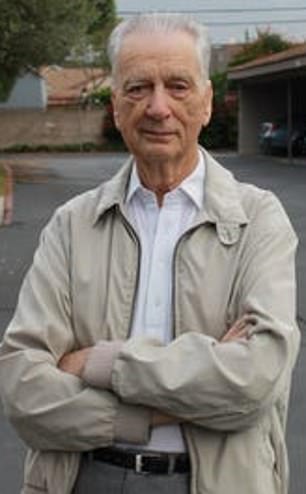 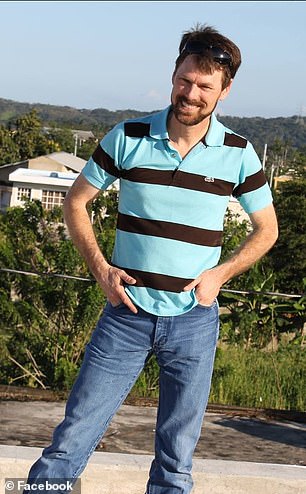 Scientist and cryonics enthusiast Laurence Pilgeram (left) agreed to pay Alcor Life Extension Foundation $120,000 to cryogenically preserve his body. His son, Kurt Pilgeram (right), said the company ended up only freezing his fathers head and is suing Alcor for $1 million

In among the remnants was everything of Laurence's body from the shoulders down, but his head was not listed as part of the package.

Kurt was seeking $1 million in damages from Alcor, claiming extreme emotional distress. However, the company is now countersuing, accusing the son of fraud.

Alcor claim that in an attempt to pursue his father's fortune, Kurt deliberately hid documents containing his father's posthumous wishes and blocked the company from receiving a lump sum payment to help pay for his father's  freezing.

The 90-page filing by Alcor attempts to quash the court's release of the elder Pilgeram's estate to his sons, including Kurt, potentially leaving him with only a single dollar of inheritance.

'He not only signed up for his remains to be preserved by Alcor, but he also signed a codicil to his will that said that if family member challenged his wish to be cryo-preserved, they would be disinherited and only receive a dollar,' Diane Cafferata, who represents Alcor, told The Daily Beast. 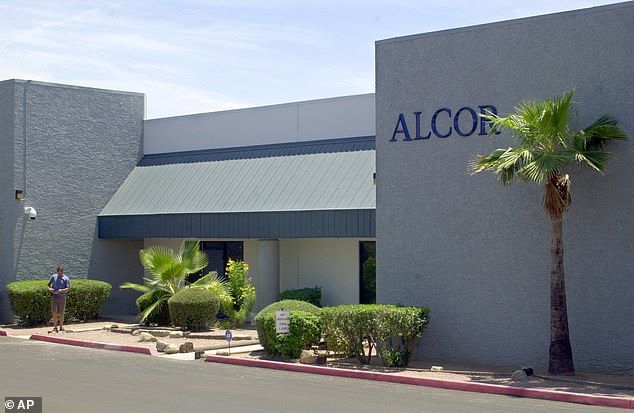 Alcor is now launching its own lawsuit against Kurt Pilgeram claiming he deliberately hid his father's will and blocked a payment of $80,000 that was due to be paid to the cryogenics firm

The company also claims the father's will mysteriously disappeared, and is accusing the son of hiding it.

'After Pilgeram died in 2015, his son hid this codicil and all his father's testamentary documents from the probate court and falsely claimed his father died intestate,' which saw Kurt and his brother receive about $16 million according to Cafferata.

'He also blocked Alcor's right to receive the $80,000 of life insurance money that Dr. Pilgeram had set aside to fund his preservation.'

Kurt has also accused Alcor of preserving a wax dummy instead of his father's actual head, however the company apparently sent him photographic evidence to counter such claims.

'Kurt's goal was to destroy us,' Cafferata said.

Alcor believes Kurt Pilgeram 'acted directly contrary' to his father's desires and is 'entitled to no more than a dollar,' according to the filing, which also alleges that Alcor has accrued millions of dollars of damages in defending itself from a 'frivolous and malicious lawsuit.'

Cryogenics is the art of freezing bodies by preserving a dead body with liquid nitrogen.

Currently, it can only legally happen when someone has just been declared dead.

The freezing process must begin as soon as the patient dies in order to prevent brain damage, with facilities currently available in Russia and the US.

In the procedure, the body is cooled in an ice bath to gradually reduce its temperature bit by bit.

Experts then drain the blood and replace it with an anti freeze fluid to stop harmful ice crystals forming in the body.

However, in November 2017 they launched a cryptocurrency offering to raise money for their new center, which people from around the world could come to just before they died.

'We don't take a lot of things with us in death, but we have a pretty solid rule in California that you get to say what happens to your body,' said Cafferata. 'This is not a light-hearted thing that people do. They're very serious about it when it they sign up, and people need to believe that Alcor will fight for them.'

In the original lawsuit first filed by Kurt himself in 2018, he was suing Alcor for more than $1 million after claiming his father's head was actually removed from his body and placed in a vat of liquid nitrogen in Arizona – where Kurt says the rest of his father's body should be, still intact.

'They chopped his head off, burned his body, put it in a box and sent it to my house, Kurt told AZ Central. 'I want people to know what's going on,' he said last year.

Jasmine is part of an under-recognised group. Now her university is tackling ... mogaznewsen